According to Russian digital forensics firm -Elcomsoft: Apple’s online syncing service iCloud secretly stores logs of its user’s private information for as long as four months even when iCloud backup is switched off. And it turns out that there is no way for iCloud users to stop this phone call syncing service unless they completely disable the cloud synchronization feature.

Generally every iPhone or iPad device automatically collects and transmits private information including call history, phone numbers, dates, the length of calls, missed calls, FaceTime calls to iCloud (if it is enabled).

It’s not all, iPhone also send information collected from other third-party applications that use VoIP service which includins WhatsApp, Skype, Viber, and Facebook Messenger.

Syncing call logs happens almost in real time, though sometimes only in a few hours. But all you need to have is just iCloud Drive enabled, and there is no way to turn that syncing off, apart from just disabling iCloud Drive completely. In that case, many applications will stop working or lose iCloud-related features completely. 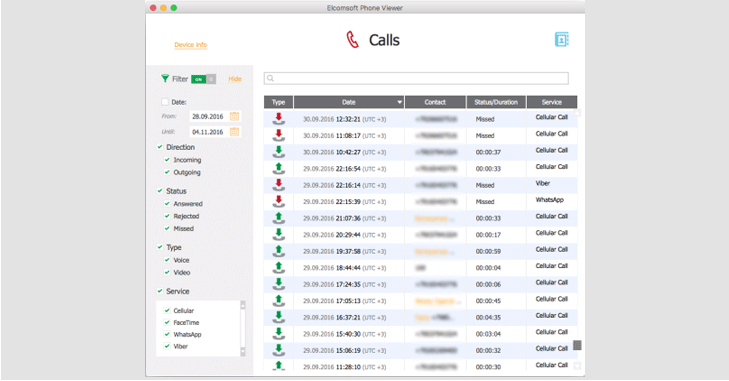 In reply to this Apple said that there is nothing wrong with this, as it is simply part of its iCloud service that allows its users to access their calls from any of their devices that use an Apple ID. Moreover, Apple guarantees that all of its customer’s data is encrypted and two-factor authentication provides an extra layer of security for blocking any hacking attempts from hackers or law enforcement. So as long as you keep your Apple ID to yourself and use a strong password, then this won’t be any issue to you.

Here’s what Apple said in the statement: We offer call history syncing as a convenience to our customers so that they can return calls from any of their devices. Apple is deeply committed to safeguarding our customers’ data. That is why we give our customers the ability to keep their data private. Device data is encrypted with a user’s passcode, and access to iCloud data including backups requires the user’s Apple ID and password. Apple recommends all customers select strong passwords and use two-factor authentication.

Apple is Offering Free Coding Classes in Partnership with Code.org