The Dodgers got an early Christmas present today in the form of a Twitter hack. OurMine, the collective that claimed responsibility earlier this week for hacking Netflix and NFL Network’s accounts, among others—appears to be the culprit.

The hack started with three tweets telling readers to contact OurMine to “upgrade your security,” all of which were deleted in about 20 minutes. 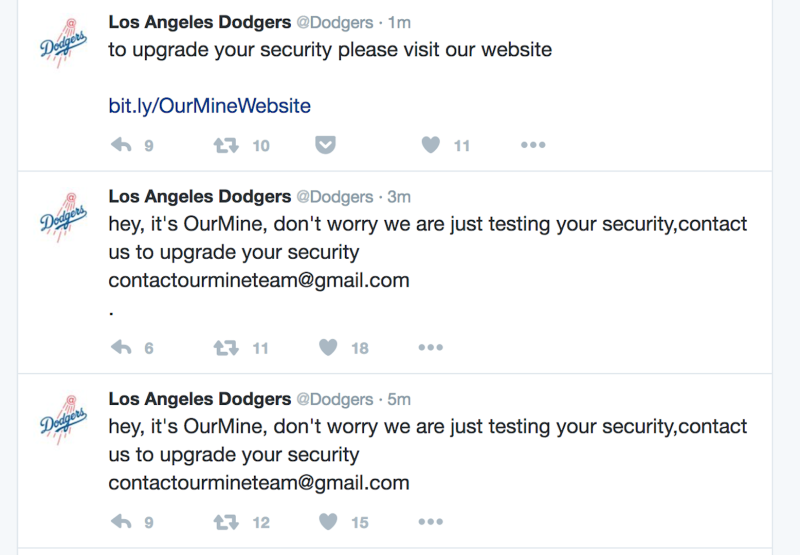 As soon as those tweets were deleted, a new set popped back up as the hack continued with similar messages—this time including “let’s make this hashtag trend #DodgersHacked.”

Five Hackers Arrested For Being Involved In Hacking Of Government Websites