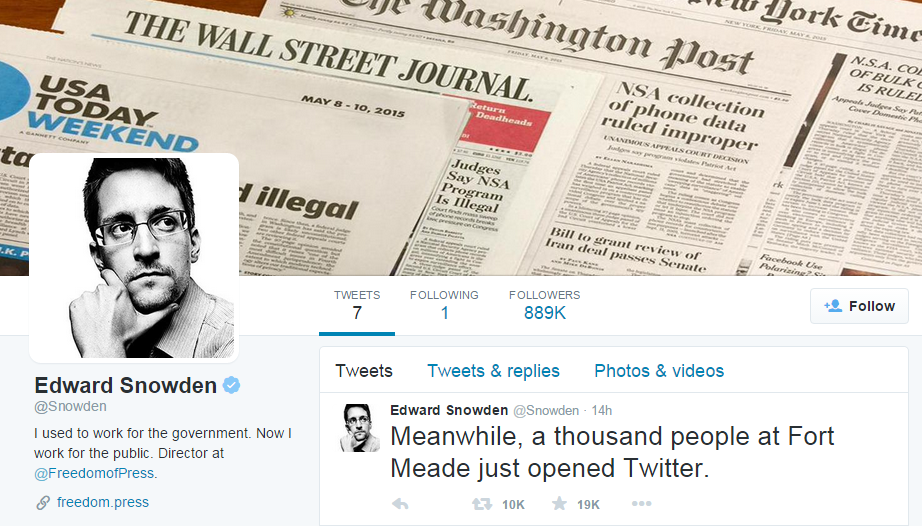 His first tweet on Tuesday afternoon, “Can you hear me now?”

Can you hear me now?

According to Dan Froomkin of The Intercept, Snowden was prodded to join Twitter by Neil deGrasse Tyson, the astrophysicist and television host, during an interview on his “Star Talk” radio show. The interview unfolded “via robotic telepresence from Moscow.”

Snowden Twitter account got verified, and he shows his Twitter biography “I used to work for the government. Now I work for the public. Director at @FreedomofPress.”

Founder Of This Company Makes $1,000 a Week Waiting in Line