A small team of hackers from Saudi Arabia who goes by the name OurMine managed to hack into Mark Zuckerberg’s Twitter and Pinterest accounts. It is shocking that the man who runs the biggest social network and continuously implements new security measures to boost its billion users security, himself failed to follow basics of Internet security for his own online accounts.

Also the hackers have tweeted that they found Mark’s account details in the recent LinkedIn data breach, Using the details from LinkedIn data breach they took his SHA1-hashed password string and then broke it and tried on several social media accounts and successfully broke into Mark’s Twitter (@finkd) and Pinterest profile and defaced its banners with its logo as well as tweeted out some offensive posts. The hackers tweeted that the LinkedIn password was “dadada,” which Mark have also used for other accounts too. 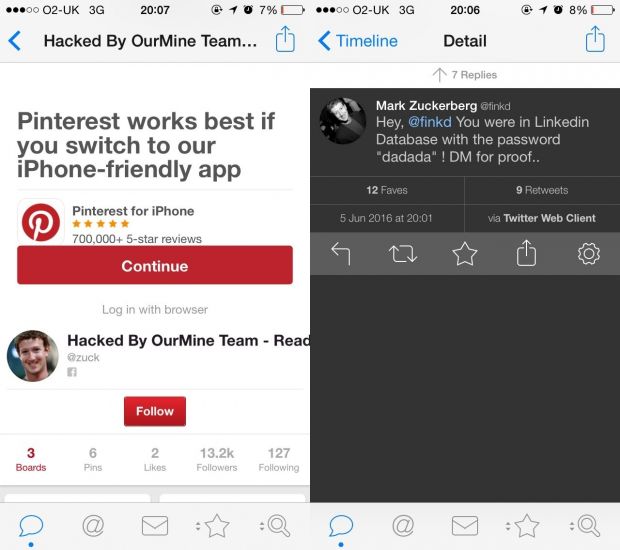 Around 36 Million Records From 110 MongoDB Servers Leaked By GhostShell