Anonymous hacks ISIS website and Infects them with malware

The Amaq, which is the official news agency of Daesh or ISIS terrorist group is informing all its users about a potential compromise in their security of the website. According to Amaq, their site has been hacked by the Anonymous hackers and is now infecting thousands of its users.

When visited the site, the following message is appearing: “The site ahead contains a malware, and that attacker might attempt to install a dangerous program on your computer which steals or deletes your information.”

It seems that the site’s administrators have identified the hack on Thursday and told the media by a telegram channel and have warned their users not to download the flash player which is appearing on the site. It says “Please be warned,” as the download flash player results in the compromise of the users devices.

The Vocativ reports that several ISIS forums have reported about this incident, and according to few forum users, this virus was impersonating like a Flashplayer.apk. APK (Android package kit), which is an Android operating system file format. They also claimed that this malware is designed to spy on ISIS terrorist group’s members and also tracks the user’s locations, read conversations and collect all multimedia files present on their devices. 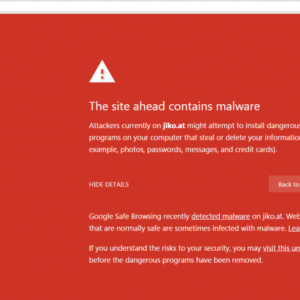 Since the virus is disguised as a Flash Player APK file, thousands of its users are supposedly compromised. One user has also suggested that to get rid of this malware, one should reset the device to factory settings.

No group has claimed the responsibility of the hack so far, but it is believed that could be an anti-ISIS group running operation ISIS, #OPISIS is behind this hack. The people behind #OPISIS- an anonymous- affiliated anti-ISIS online campaign have been known to disrupt the ISIS’ online presence over the past few years. The fact that hackers left a message stating “We are coming for you,” could confirm that they are behind the hack.

10 Ways to You Can Use ls Command in Linux Terminal