Binance Hack Failure: When The Company Prevented a Major Hack 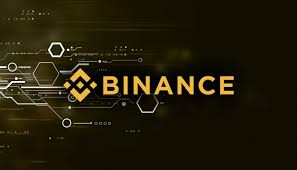 A group of hackers recently tried to hack Binance, one of the largest cryptocurrency exchanges in the world. However, the cyber security team of the exchange intervened at the right time and failed the hacking attempt.

How Was The Attempted Hack Discovered?

It all started when users started to post about strange changes in their account balance. Reddit soon had a pool of Binance users complaining about the same thing.

When the company learnt about this, the security team looked into the matter and found suspicious activities.

Users who had issued API keys on their accounts were compromised and their passwords were leaked. However, Binance immediately blocked withdrawals to prevent any outflow of money.

What Steps Has Binance Taken?

On 11th March 2018, the company publicly announced to reward $250,000 to the person who delivers authentic information that can lead to the arrest of hackers.

In case there are several sources that help in apprehending the hackers, then the bounty will be equally divided, said the company.

As per The Financial Times, this hack attempt was made on a larger scale and the culprits involved are said to be well organized. However, they are yet to be identified.

Netflix is trying to turn kids into binge watchers