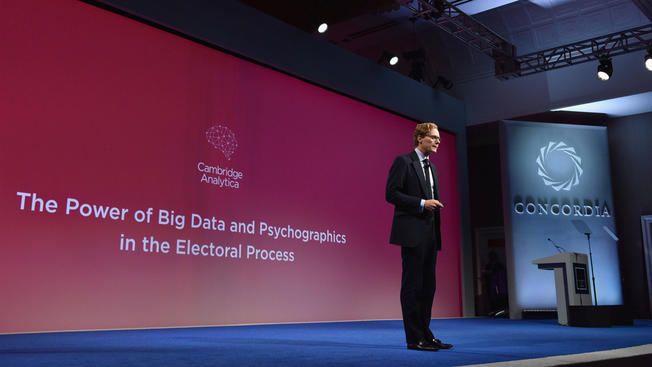 Facebook announced that it has suspended Strategic Communication Laboratories and also political data analytics firm called Cambridge Analytica for violating data collection policies. These companies ran data operations for Donald Trump during the 2016 Presedential election campaign. Facebook disclosure suggests that the company improperly obtained the data which could lead to an unfair advantage in reaching voters.

The New York Times and The Guardian say Cambridge Analytica tapped the Facebook profiles of more than 50 million users without their permission and therefore allowed it to capitalise on the private social media activity of a large portion of the US electorate.

In a blog post, Facebook explained that Cambridge Analytica had years ago received user data from a Facebook app that purported to be a psychological research tool, though the firm was not authorised to have the information.

Christopher Wylie, An ex-employee off Cambridge Analytica told The Guardian, That the personal information and resulting psychological profiles can be mined to better target the users with political ads.

We exploited Facebook to harvest millions of people’s profiles. And built models to exploit what we knew about them and target their inner demons,” he said.

“That was the basis the entire company was built on.”

The Company denied wrongdoing in a statement.

It said the parent company’s SCL Elections unit selected Dr Kogan to undertake “a large-scale analysis project in the US”, but finally deleted all data it obtained from Dr Kogan’s company after learning that Dr Kogan had received data in violation of Facebook policies.

The firm said none of Dr Kogan’s data was adopted in its 2016 election work for the “avoidance of doubt”. The firm also said that it has deleted all of its data after learning that Global Science Research did not comply with Facebook’s TOS that it is working with the social media company to “resolve the matter as quickly as possible”.

Hackers Have Bombs To Kill!