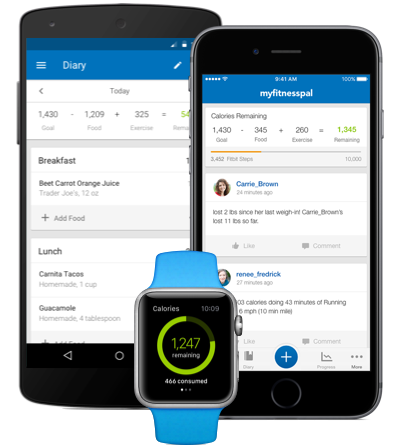 According to Under Armour Inc’s statement on Thursday, data of 150 Million users have been hacked. As the name suggests MyFitnessPal is a fitness app helps its users to regulate their diet. The app allows customers to monitor their calorie intake and measure it against the amount of exercise they are doing using a database of more than 2 million foods. It was founded in 2005 by brothers Mike and Albert Lee.

It is one the largest breaches this year according to security scorecard. The Biggest hack includes the compromise of the three billion Yahoo accounts followed by an adult website named FriendFinder networks in 2016.

Under Amour published a statement that it is working with various data security firms and law enforcement agencies but it didn’t provide the details of how hackers got into the network and accessed the data without being noticed.

Under Armor said in an alert on its website that it will require MyFitnessPal users to change their passwords, and it urged users to do so immediately.

“We continue to monitor for suspicious activity and to coordinate with law enforcement authorities,” the company said, adding that it was bolstering systems that detect and prevent unauthorized access to user information.

Under Armour started notifying its customers about the breach after four days of the event. While the company Under Armour bought MyFitnessPal in 2015 for $475 Million and it is part of the company’s fitness division whose revenue accounted for 1.8 percent of Under Armour’s $5 Billion in total sales.