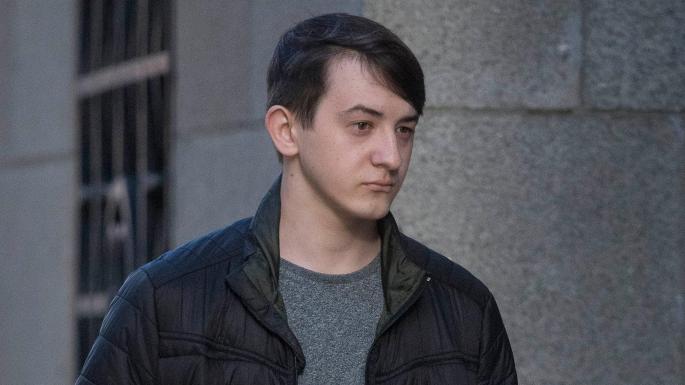 A judge from a London Court has sentenced a British teenager who was a part of the hacking group “Crackas with Attitude” with two years of prison time for hacking the ex Director of CIA John Brennan, former Director of Intelligence James Clapper and other high profile US government employees.

15 year old Kane Gamble who went by the name Cracka at the time was the alleged leader of “Crackas With Attitude”. The group hacked into Brennans AOL email account, Clappers ISP account and furthermore he has also hacked into an account of a White House Official.

Gamble was arrested in February 2016 and went on to plead guilty to ten hacking charges in October of last year. Now as he has reached the age of 18 he has been sentenced in London Criminal Court. The judge ruled that he has to spend a minimum of 2 years at a youth detention center according to reports from the court.

During the final hearing, the judge described the teen as the ‘leader of a cyber gang that carried out an extremely nasty campaign of politically motivated cyber terrorism’ according to a BBC reporter who is present at the hearing.

The group used social engineering to convince support workers to reset the victims password for hackers to give access to their accounts. The hackers have also targeted the FBI executive assistant Amy Hess getting into her ISP account.

The “Crackas With Attitude” had also obtained sensitive documents and even accessed the contact information of thousands of federal and local law enforcement agents. The teen said he spent time with his mom before the sentencing and he has also been working to report vulnerabilities in websites as a white hat.

He reported a bug in T-Mobile that allowed hackers to gain access to customers accounts. The company rewarded him with a bug bounty of $5,000 for disclosing the flaw to the company.

“Let’s hope I don’t die today,” Gamble wrote in a Tweet in January, before the first sentencing hearing.

Security Researchers from Britain have criticized the judges decision on Twitter as no under 18 has ever served a custodial sentence in the UK for hacking, setting a potentially controversial precedent for the future.