A drop in crypto values was observed today when Korean Crypto Exchange Coinrail was hacked. Officials confirmed the hacking incident via a tweet. Furthermore, they pledged to keep their customers up to date with further developments through social media and their website. Today LHN observed that their website is down with a ‘system maintenance’ note. 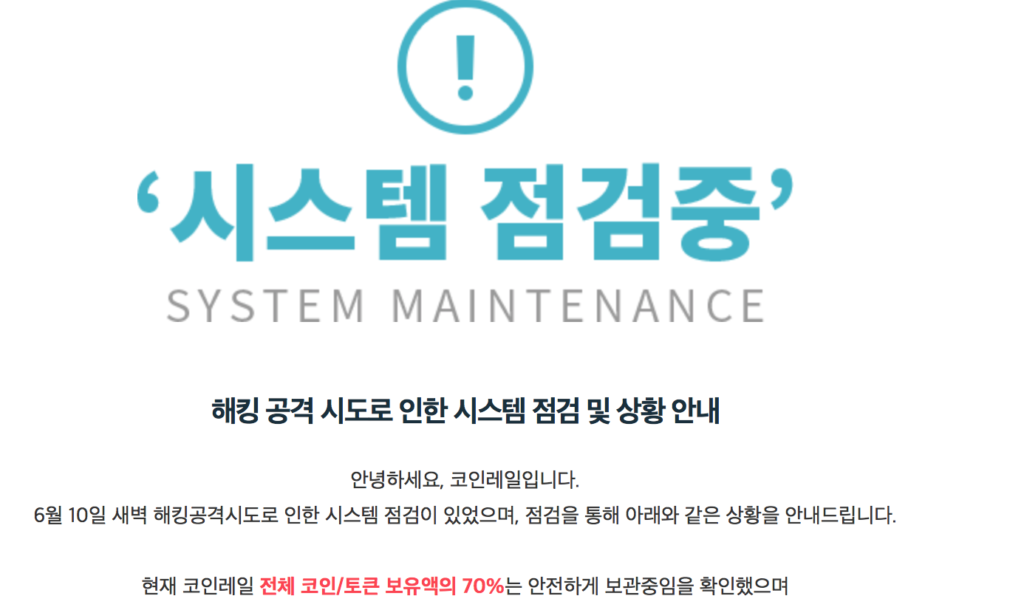 Earlier on June 10, 2018, crypto markets dropped down with a dip of 14 billion dollars over a few hours. This drop happened suddenly when a South Korean crypto exchange Coinrail suffered an intrusion.  Reportedly, a cyber theft caused loss of various altcoins.

Coinrail officials updated the public about this incidence via a tweet.

Coinrail quickly took their website down after noticing the potential theft and began investigations. For now, their website shows a ‘System Maintenance’ notification, according to which, the website will remain down from June 10, 2018, 2 a.m. till 4.00 a.m. on June 11, 2018. During this time, Coinrail officials will assess the extent of damage caused due to this hacking attempt. Nonetheless, they do confirm a loss of some coins (NPXS, Fund X). 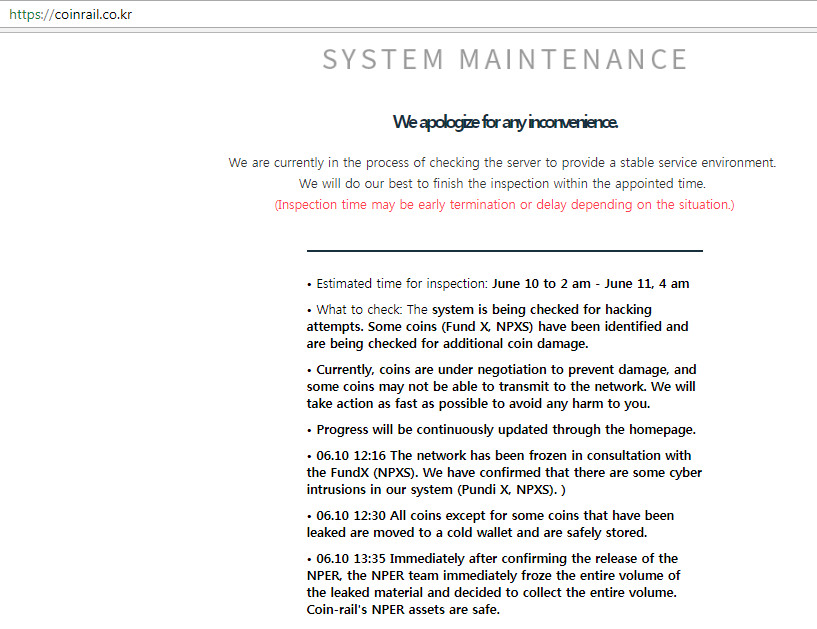 However, other updates show that much of the coins are safe as they were moved to cold wallets. Likewise, Coinrail also froze some assets. According to the last update at the time of writing this article, NPER, NPXS, and Aston (ATX) were fully frozen.

Right after the news surfaced online, crypto markets witnessed notable drops within a few hours. Bitcoin’s value dropped 6% from the previous $7,600 to $7,200 according to Coinmarketcap. Ethereum also a faced a drop of 5% in its value.

Stuffed Cloudpets To Be Taken Off Shelves Due to Hacking Risk

Emotet Has Taken Down – Should I Still...