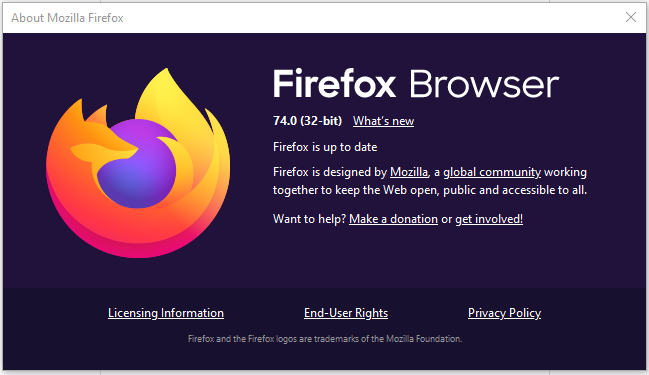 Mozilla has released the updated version of its Firefox browser this week. With Firefox 74, Mozilla not only fixed numerous security flaws but also made other changes. The most important of these changes is the rolling out of the ‘Facebook Container’ add-on.

With the release of Firefox 74, Mozilla has formally made the Facebook Container add-on publicly available. ‘Facebook Container’, as elaborated by Mozilla, is a dedicated browser extension that blocks Facebook from tracking users. While Facebook places trackers on various websites to track users’ browsing habits, this particular add-on prevents it altogether.

Besides, it also allows the users to add custom sites to the extension for managing exceptions.

Firefox 74 Out With Bug Fixes

Also, Mozilla fixed multiple moderate severity flaws and a single low severity vulnerability with the new browser version. While the update is out, users can also manually update their browsers via Menu > Help >  About Firefox.

How to Track Family and Friends from Your Phone?