The emergence of the digital world paved the way for people to perform various activities online, from browsing to shopping, from studying to working. However, those with malicious intentions also leveled up their capabilities to take advantage of users leveraging technology. For this reason, internet users are no longer a hundred percent safe in the digital world. 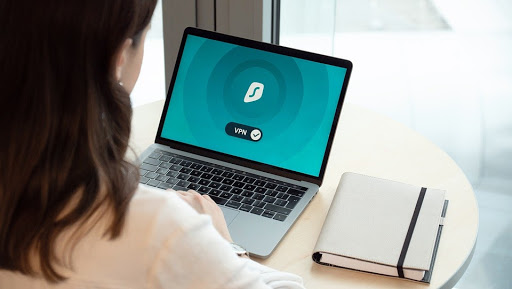 Fortunately, safety and security measures on the internet have also been made more stringent to ensure the protection of users. For instance, there is a secure sockets layer (SSL) as well as various encryption techniques leveraged in an attempt to protect sensitive information from hackers and fraudsters. There is also the use of virtual private networks (VPN) that not only provides secure browsing but a lot of other features as well. This article delves into some of the best VPN reviews on Reddit that you need to check out in case you are looking for the right VPN for you, but first, a VPN in brief.

What is a VPN?

A VPN is like an encrypted tunnel that is established between you and a server operated by the VPN provider. Your internet activities are hidden from prying eyes because all data is routed through this tunnel. The great part is that since your internet activities are exiting from the server of the VPN provider, the websites you are accessing deem that your internet protocol (IP) address is the address of the server. Thus, your original IP address is masked accordingly, such that your identity and location cannot be easily retrieved.

What Can a VPN Do for You?

Apart from being able to securely browse or surf the internet, there are several other things that a VPN can do for you. Perhaps the most popular one is being able to access sites and content which are otherwise restricted in your location. Since your IP address is masked, and you adapt the IP address of the VPN server, the website will be able to grant you appropriate access since it is tricked into thinking that you are in another location. For instance, by connecting to a VPN service, you will have the capability to access the content of an on-demand streaming service that is intended for the United States even if you are in Asia.

If you are looking for any advice or discussions concerning VPN service, then joining r/vpngeeks will prove to be beneficial. This group features what is considered as one of the most popular VPN reviews Reddit users like. The reason behind this is that apart from highlighting some of the best VPN services such as NordVPN, this group also tackles ways on how you will be able to make your own VPN, as well as how you will be able to avoid VPN scams.

There is also the option for you to join r/VPN, which is considered as the largest group formed that is meant to provide insights to various users about VPN. It is in this group where you will be able to find articles about what you need to consider when it comes to choosing the best VPN for you. It is also in this group where you will find a VPN review highlighting excellent VPN service providers such as ExpressVPN, as well as those that you need to avoid.

When it comes to VPN services that are closely intended for torrenting or downloading content, then you need to visit r/VPNTorrents. Apart from VPN services though, the group is also open for discussion when it comes to similar peer-to-peer (P2P) technologies that you can use for the same purpose. Rest assured that you will be able to find reviews about some of the cheapest VPN services such as SurfShark in this group too.

If you intend to delve into VPN reviews that are submitted by actual users rather than affiliates, then you need to turn into Reddit’s r/vpnreviews group. Apart from substantial VPN service reviews, you will also get updates and deals in this group as shared and provided by its members. You are also likely to see VPN reviews that are specific to a certain location such as in Australia or Canada in this group, which is notable particularly if you are coming from the same region.

In case you have any VPN-related questions, then visiting r/VPNAdvice will prove to be beneficial for you. Not only do they have honest VPN reviews, but the members of this group provide valuable answers to queries as well. However, it is up to you to distinguish whether the solution suggested by other members is applicable for your case or otherwise.

r/VPN_Info is a restricted Reddit group that provides helpful information when it comes to different VPN services. However, since it is restricted, you need to be approved by an administrator before you can join the group. Rest assured that as soon as you are in, you will be able to search through various posts that provide reliable reviews of different VPN service providers as contributed by its members.

Finally, you will also find the best VPN reviews in r/AskReddit, where users are allowed to ask about anything under the sun. It is most likely in the Wiki tab of the group where you will be able to find relevant VPN reviews contributed by its members. You just need to exert a bit of effort to drill down to the information that you need because of various information about different topics that you will be able to find on this page.

The Reddit groups mentioned above are only some of the groups where you will be able to find various VPN reviews, as well as suggestions on which to go for based on the features that you need. The great part is that you will be able to interact with other VPN users in each of these groups, getting first-hand information about the VPN service that they have tried. Rest assured that when you consider certain factors carefully, including what other Reddit users have to say, then you will surely be able to get the best VPN service that suits your needs.

The Most Dangerous Online Threats Businesses Should Prepare For

Alarming Cybersecurity Stats 2021: What You Need to...

Is a toll-free number still relevant in 2021?

How easy is it for hackers to take...

Common Ways on how to Remove Your Personal...

Which are the games you can play on...

Why should you use Node.JS for your web...