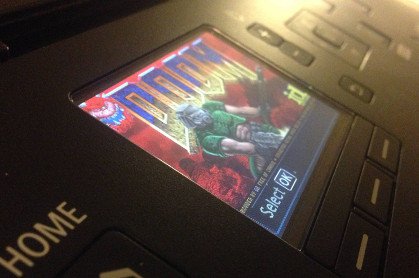 Security researchers have demonstrated a hack that allowed them to get into the web interface of a Canon Pixma printer before modifying its firmware to run the classic 90s computer game Doom.

The researchers claim that they were also able to print copy after copy of prints from the compromised device and, they say, could even have uploaded malware to spy on documents being printed and establish a gateway into the printer’s network.

Canon was informed of the security flaws in March. In a statement, the company said: “We intend to provide a fix as quickly as is feasible. All Pixma products launching from now onwards will have a username/password added to the Pixma web interface, and models launched from the second half of 2013 onwards will also receive this update, models launched prior to this time are unaffected. This action will resolve the issue uncovered by Context.”

Official Website Of US Government City Of Clarkston, Georgia -Hacked

Teenager invents device that can convert breath to speech