Anonymous Lashes Out At ISIS

Anonymous, a loose collective of hacktivists, have called Islamic State militants (ISIS) as gangsters who have hijacked Islam and have launched a social media campaign against them, according to reports.Operation Ice Isis, as the campaign is called, aims to protect people who are defenseless, both in the cyber world and the real world.

The objectives behind launching the campaign were twofold: to underscore the ISIS threat, and also to clarify that the group does not represent or uphold the values of Muslim faith, told one of the member of the group wearing the group’s trademark Guy Fawkes to France 24 on its ‘Tech 24’ program.

“We needed the public to understand how urgent the situation is in Iraq. Before the mainstream media took serious direction in reporting the ISIS threat, we were one of the first to communicate it to the masses via the video we uploaded on YouTube in June explaining how and why ISIS came to be. We also made it clear that the United States was not free of blame as it has, directly and indirectly, contributed to the crisis we see today.” 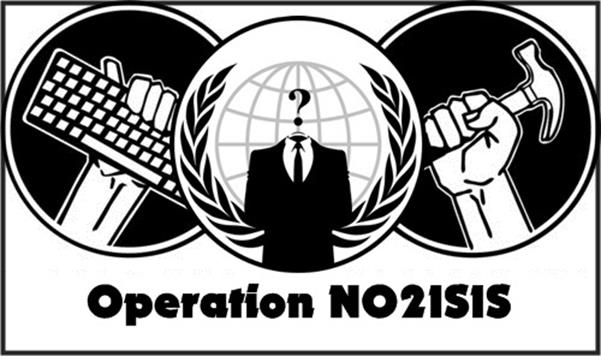 We warn that if they continued to support ISIS, we would be forced to destroy their virtual infrastructure – and yes, we have those who can do this.”

However, due to recent events, we took it upon ourselves to change our strategy and face this problem a different way. ISIS, of course, is not a government. Therefore, they have no government websites and most of their activity is on social media. We have rarely encountered a situation such as this. So what we decided to do is, instead of attacking them directly, we decided to attack their ideologies with truth and logic. In the process, we were doing our job to inform the people that these criminals are liars and deceivers, and they do not deserve to be listened to, says france24

It is not just Anonymous who have taken upon themselves to wage a virtual war against the militant group. Many attempts by others have been made in the past as well. Currently Muslims from allover the world are running a Twitter campaign against ISIS with hashtag #NotInMyName.