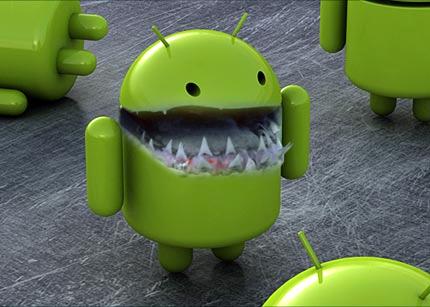 Here we have in no particular order the top Android apps for hacking using an android smartphone.

Disclaimer: These apps should be used for research purposes only

1. SpoofApp:- SpoofApp is a Caller ID Spoofing, Voice Changing and Call Recording mobile app for your iPhone, BlackBerry and Android phone. It’s a decent mobile app to help protect your privacy on the phone. However, it has been banned from the Play Store for allegedly being in conflict with The Truth in Caller ID Act of 2009.

2. Andosid:- The DOS tool for Android Phones allows security professionals to simulate a DOS attack (an http post flood attack to be exact) and of course a dDOS on a web server, from mobile phones.

3.Faceniff:- Allows you to sniff and intercept web session profiles over the WiFi that your mobile is connected to. It is possible to hijack sessions only when WiFi is not using EAP, but it should work over any private networks.

4.Nmapper:- (Network Mapper) is a security scanner originally written by Gordon Lyon used to discover hosts and services on a computer network, thus creating a “map” of the network. To accomplish its goal, Nmapper sends specially crafted packets to the target host and then analyses the responses.

5. Anti-Android Network Toolkit:- zANTI is a comprehensive network diagnostics toolkit that enables complex audits and penetration tests at the push of a button. It provides cloud-based reporting that walks you through simple guidelines to ensure network safety.

6. SSHDroid:- SSHDroid is a SSH server implementation for Android. This application will let you connect to your device from a PC and execute commands (like “terminal” and “adb shell”) or edit files (through SFTP, WinSCP, Cyberduck, etc).

7. WiFi Analyser:- Turns your android phone into a Wi-Fi analyser. Shows the Wi-Fi channels around you. Helps you to find a less crowded channel for your wireless router.

8. Network Discovery:- Discover hosts and scan their ports in your Wifi network. A great tool for testing your network security.

9. ConnectBot:- ConnectBot is a powerful open-source Secure Shell (SSH) client. It can manage simultaneous SSH sessions, create secure tunnels, and copy/paste between other applications. This client allows you to connect to Secure Shell servers that typically run on UNIX-based servers.

10. dSploit:-Android network analysis and penetration suite offering the most complete and advanced professional toolkit to perform network security assesments on a mobile device.

12.Androrat:- Remote Administration Tool for Android. Androrat is a client/server application developed in Java Android for the client side and in Java/Swing for the Server.

13.APKInspector:- APKinspector is a powerful GUI tool for analysts to analyse the Android applications. The goal of this project is to aide analysts and reverse engineers to visualize compiled Android packages and their corresponding DEX code.

15.Burp Suite:- Burp Suite is an integrated platform for performing security testing of web applications. Its various tools work seamlessly together to support the entire testing process, from initial mapping and analysis of an application’s attack surface, through to finding and exploiting security vulnerabilities.

16. Droid Sheep:- DroidSheep can be easily used by anybody who has an Android device and only the provider of the web service can protect the users. So Anybody can test the security of his account by himself and can decide whether to keep on using the web service.

18. Shark for Root:- Traffic sniffer, works on 3G and WiFi (works on FroYo tethered mode too). To open dump use WireShark or similar software, for preview dump on phone use Shark Reader. Based on tcpdump.

19. Fing:- Find out which devices are connected to your Wi-Fi network, in just a few seconds.
Fast and accurate, Fing is a professional App for network analysis. A simple and intuitive interface helps you evaluate security levels, detect intruders and resolve network issues.

20.Drozer:- drozer enables you to search for security vulnerabilities in apps and devices by assuming the role of an app and interacting with the Dalvik VM, other apps’ IPC endpoints and the underlying OS. drozer provides tools to help you use and share public Android exploits. It helps you to deploy a drozer agent by using weasel – MWR’s advanced exploitation payload.

21. WifiKill:– Second app, developed also by B.Ponury is an app which can kill connections and kick site-hoggers from the site. This app definitely kick then net user from the site so he cannot use it anymore. The app also offers the list of viewed sites by the hogger.

22. DroidSniff:– Similar to DroidSheep but with a newer and nicer interface is DroidSniff – sniffing app not only for Facebook. This app shows you what is the hogger looking for and then you can “take” his control, steal the cookies and rock’n’roll. Works perfectly.

23. Network Spoofer:– The last app, called NetWork Spoofer is very similar to dSploit but it’s more easier to use. Only hitch is that you need to have at least 500MB of free data. It offers you a lot of troll features – change Google searches, flip images, redirect websites, swap YouTube videos and others.

25. sqlmapchik:- is a cross-platform sqlmap GUI for the extremely popular sqlmap tool

26. Whatsapp viewer:- is a simple forensic tool. It gives the access to whatsapp chat directly from sqlite databases, even from encrypted databases.

27. WhatsAPI:- Is a platform that allows you to send bulk messages through PHP. The script itself is simple.