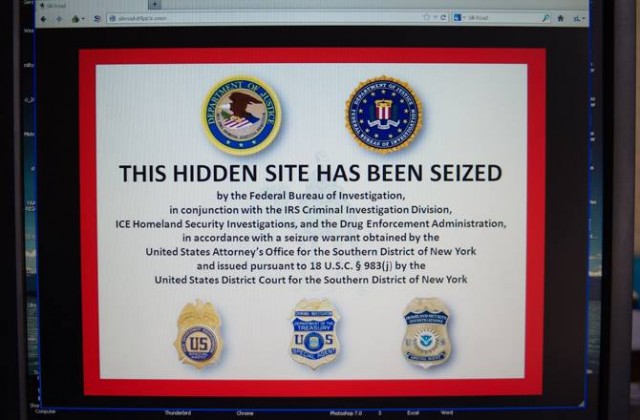 United States and European law enforcement agencies are on a hunting spree nowadays as around 17 individuals have been arrested so far for their alleged involvement in illegal underground marketplace operations. The website Silk Road 2.0 and its operator have also been brought under the hammer as the FBI has not only seized the “darknet” marketplace but also arrested its founder and operator Blake Benthall.

Silk Road 2, an alternative to the notorious online illegal-drug marketplace that went dark in October of 2013, has been seized in a joint action involving the FBI, Department of Homeland Security, and European law enforcement.

Benthall is also known as “Defcon” and became the admin of Silk Road 2.0 in December 2013. The FBI statement on Thursday informed that the 26 year-old San Francisco resident Blake Benthall has been accused of four counts including narcotics trafficking, conspiring to conduct computer hacking, conspiring for money laundering and trafficking fake identification documents. This means he will be going behind the bars for a long time as only narcotics trafficking’s maximum punishment is life imprisonment.

The arrest comes almost a year after the arrest of a San Francisco man Ross William Ulbricht, also known as “Dread Pirate Roberts,” — the alleged founder of the dark Web online drug bazaar “Silk Road” that generated $8 million in monthly sales and attracted 150,000 vendors and customers. At that time, FBI seized the notorious site, but the very next month, a nearly identical site, Silk Road 2.0, opened for business.

The Feds and the US Department of Justice claim 26-year-old Blake Benthall launched the notorious Silk Road 2.0 on Nov. 6, 2013, five weeks after the shutdown of the original Silk Road website and arrest of its alleged operator.

Benthall appeared Thursday afternoon in federal court before Magistrate Judge Jaqueline Scott Corley, where Assistant US Attorney Kathryn Haun told the judge that Benthall is a “severe flight risk,” according to the San Francisco Chronicle.

According to FBI statement, in mid-October the site had 13,000 listings for selling controlled substances such as different form of opiates, cannabis and ecstasy. Manhattan Attorney for United States Preet Bharara states that arresting Benthall is an attempt to send a clear message to those who are thinking of following his lead.

“Let’s be clear—this Silk Road, in whatever form, is the road to prison. Those looking to follow in the footsteps of alleged cybercriminals should understand that we will return as many times as necessary to shut down noxious online criminal bazaars. We don’t get tired,” advised Bharara.

In the court documents, the website has been described as “one of the most extensive, sophisticated and widely used criminal marketplaces on the internet today.”