China Accused Of Hacking Into US Weather System 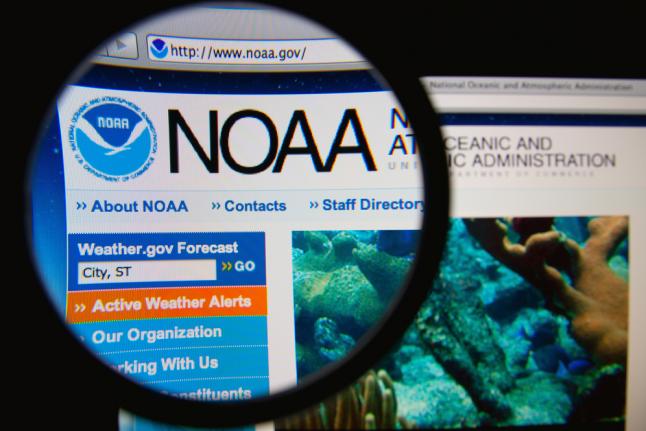 Chinese hackers have been blamed for hacking the United States weather service in October 2014, causing disruption in satellite feeds and several other high-profile websites.The hackers hacked four websites of National Oceanic and Atmospheric Administration, NOAA; forcing the cyber security team to shut down some of their services to avoid any further attack.

NOAA said that when staff members detected the attacks, “unscheduled maintenance was performed” to “mitigate” them. Services to the websites were fully restored and the attacks “did not prevent us from delivering forecasts to the public.”

NOAA told me it was a hack and it was China and deliberately misleading the American public in its replies.” “They had an obligation to tell the truth. “They covered it up.” according to The Washington Post. The satellite systems allow NOAA to provide observations around the clock. The satellites track everything from fast-moving storms across Tornado Alley to hurricanes in the Atlantic and Pacific oceans. The data from the satellites is also used to measure temperatures in the oceans, which are a strong indicator of climate change, as well to monitor other environmental phenomena such as coral reefs, harmful algae, and volcanic ash.

This is not the first time when China has been blamed for breaching high-profile state-owned organization in the United States. Just a couple of days ago computer networks of the United States Postal Service (USPS) were breached, affecting 800,000 employees of the company, where the main suspect was China. The country was also blamed for hacking U.S. Dept. of Homeland Security.

The attacks also come on the heels of President Obama’s recent meetings with Chinese President Xi Jinping during which he “stressed the importance of protecting intellectual property as well as trade secrets, especially against cyber-threats.”

US Dept. Of Transportation Hacked By Chinese Hacker