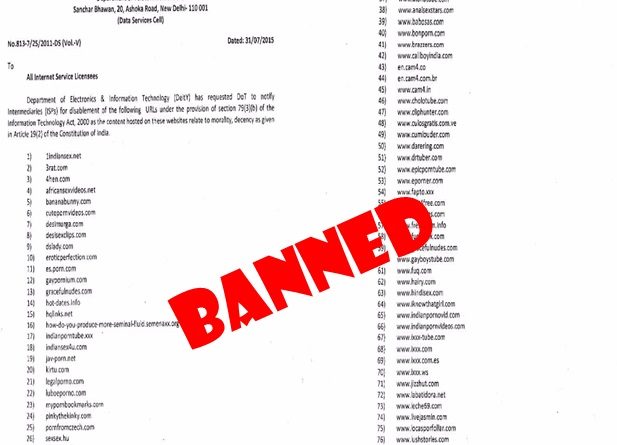 According to the source from DoT, “Certain websites have been reviewed and found to be spreading anti-social activities as hyperlinks from these websites, some of them were pornographic, so we have sent letters to internet service providers to block them. The action has been taken in reference to section 79 of IT Act”

These sites are been banned by government ,but still users can view the sites using virtual private networks (VPN)

By banning Maggi and #PornBan, @narendramodi government is showing that they are against anything which gives you pleasure in two minutes 😛

#Pornban is a step by govt to increase computer literacy .People would now learn the use of VPN, proxies, file sharing technologies etc

“Gonna change my subscription to the cheapest plan if this continues,” wrote user yes_darling on Reddit.