A hacker from the Anonymous hacking group posted online a link pointing to a 2GB archive containing personal records stolen from Turkish hospitals. The hacker posted the data on three different file-sharing sites which included a YouTube video. Right now only one link is working, with the other two and the YouTube video being taken down following user reports. The hacker claims to have leaked the personal details of over ten million users in the link which they posted online.

Anonymous also said that the data dump is a direct response to the ransomware attacks that crippled the Hollywood Presbyterian Medical Center in Los Angeles, California, and Methodist Hospital in Henderson, Kentucky.

“We find these actions unacceptable and condemn the desire of the Turks to make money on patients who need medical care,” the hackers wrote online. “And now Turkish people will be punished for the greed of several individuals.”

Below is the picture of one of the files from the data leaked : 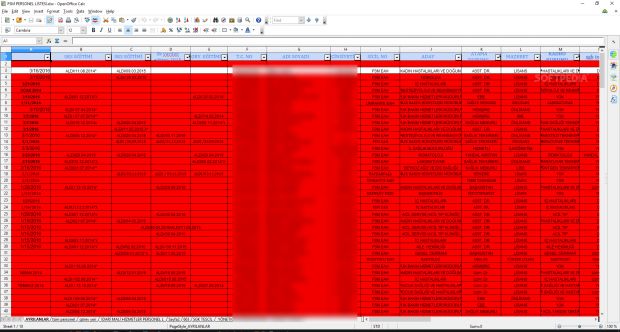 The leaked data included the personal records for both doctors and patients along with server configurations, and what looked to be accounts for administrative applications. Moreover this is not the first time Turkey is the target of large breaches and cyber-attacks in the past few months.

Hackers Robbed And Donates €10K In Bitcoin To Kurdish Group