According to GizmoChina, Siraaj Abrahams who was robbed at gunpoint in a parking lot and shot at from a distance of about 2 meters on August. Luckily, his mobile phone Huawei P8 Lite in hist front pocket saved his life by stopping bullet.

Huawei P8 Lite smartphone is build with a plastic body, but still was able to stop a bullet from a 2 meter distance. 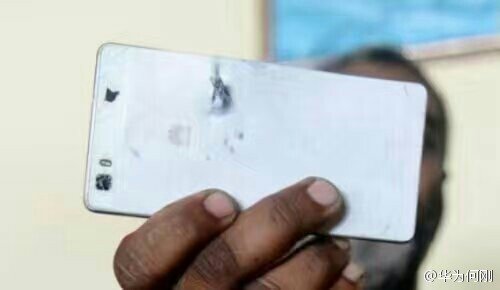 The above image shows how the bullet hit the back panel of the phone and stopped the bullet. Sadly the phone doesn’t work anymore, but still saved a man’s life. Note: Please don’t try this at home.

There was another incident of Huawei device saving another man’s life during general elections in Kenya. A guy named Millward Brown was almost hit by a bullet but the Huawei Mediapad in his backpack saved his life.

How to Write A Remote Buffer Overflow Exploit Using Python