A 19 year old Computer Science student Adam Mudd, from London pleaded guilty two weeks ago for running the Titanium DDoS Stresser which is a DDoS-for-hire service. Mudd admitted to two counts of computer misuse and how he rented his services to other criminals online through the titaniumstresser.net website.

Investigators say that while he was 15, the teenager built the Titanium Stresser service, which in a very short time became one of the most popular DDoS booters on the market. He made over $385,000 from renting his DDoS tool to other hackers. 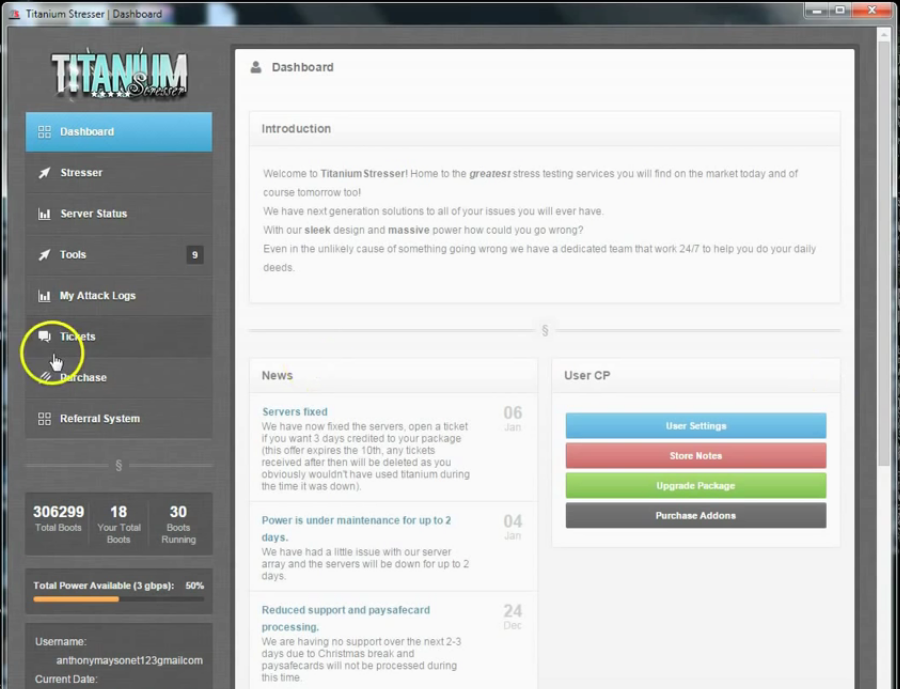 Mudd, who was arrested in 2015 at his home, made a fatal mistake by keeping the logs of all attacks launched by the service. So on investigation it was found that he had used his own service to launch 594 DDoS attacks against 181 IP addresses, between December 2013 and March 2015.

It was found that his own college was the institution which was attacked the most by him. The judge in this case scheduled the sentencing hearing for December 2016.