You might feel some down time in Steam currently. While writing this article on November 3, 2016 a group of hackers name Phantom Squad claimed that they were responsible for this DDoS attack on Twitter. 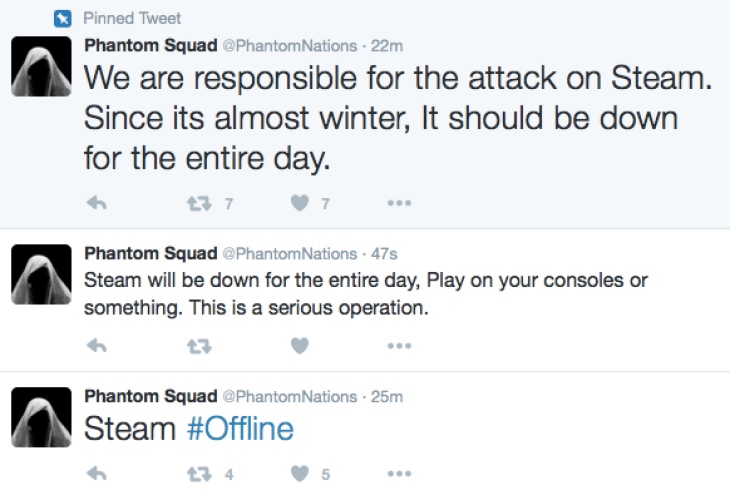 Phantom Squad tweeted, “We are responsible for the attack on Steam. Since its almost winter, It should be down for the entire day.”

“Steam will be down for the entire day, Play on your consoles or something. This is a serious operation.

Its not 100% confirmed that “Phantom Squad” has DDoS steam servers today, but we can definitely see that lot of gamer’s are unable to login to their steam accounts and play games.

Let us know if you have are facing any down time on Steam in the comment section.