Facebook Messenger is preparing to launch a new “Instant Games” platform that will let users play games against friends. This new gaming platform is expected to launch later this month which plans to bring simple HTML5- powered games to your messaging experience.

Ever since Facebook released Messenger out Mark Zuckerberg and his team are keep trying to develop this app has as a platform to not only chat with friends, but somewhere you can run apps too and do lot more stuffs. Gaming is the next big step taken to develop this application.

This means that the messaging platform is now gearing up to expand and build upon its already popular chess, soccer, and hoopla shooting mini-games plus this move by Facebook is also aimed at claiming a spot in the mobile gaming market.

According  to the report Facebook is already testing one of Candy Crush creator King.com’s instant games called ‘Shuffle Cats Mini’ on the Messenger platform in New Zealand. The Facebook page for the game is said to be prompting users in certain regions of NZ to try out its simple card flicking web game on the social platform. 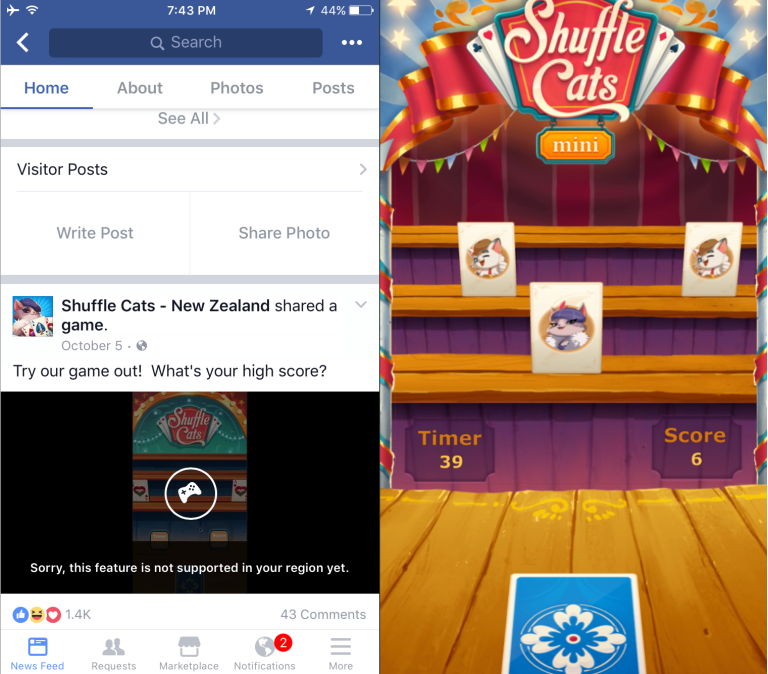 Pakistani Student Receives $20,000 From Google For Finding A Vulnerability In Gmail

Images of Upcoming Nokia D1C Leaked and They Look Gorgeous