KFC otherwise known as Kentucky Fried Chicken is a fast food restaurant chain that specializes in fried chicken and is headquartered in Louisville, Kentucky, United States.

KFC has confirmed that data belonging to members of its Colonel’s Club card loyalty scheme may have been compromised after its website was targeted by hackers.

The hackers were able to steal personally identifiable information of the members of the loyalty program. Only about 30 of the 1.2 million members had been targeted following the hack but KFC decided to inform all members to be on the safe side.

KFC sent out emails to its 1.2 million users to change their passwords and are also reminding anyone who has reused a password and email address combination to change those as well. 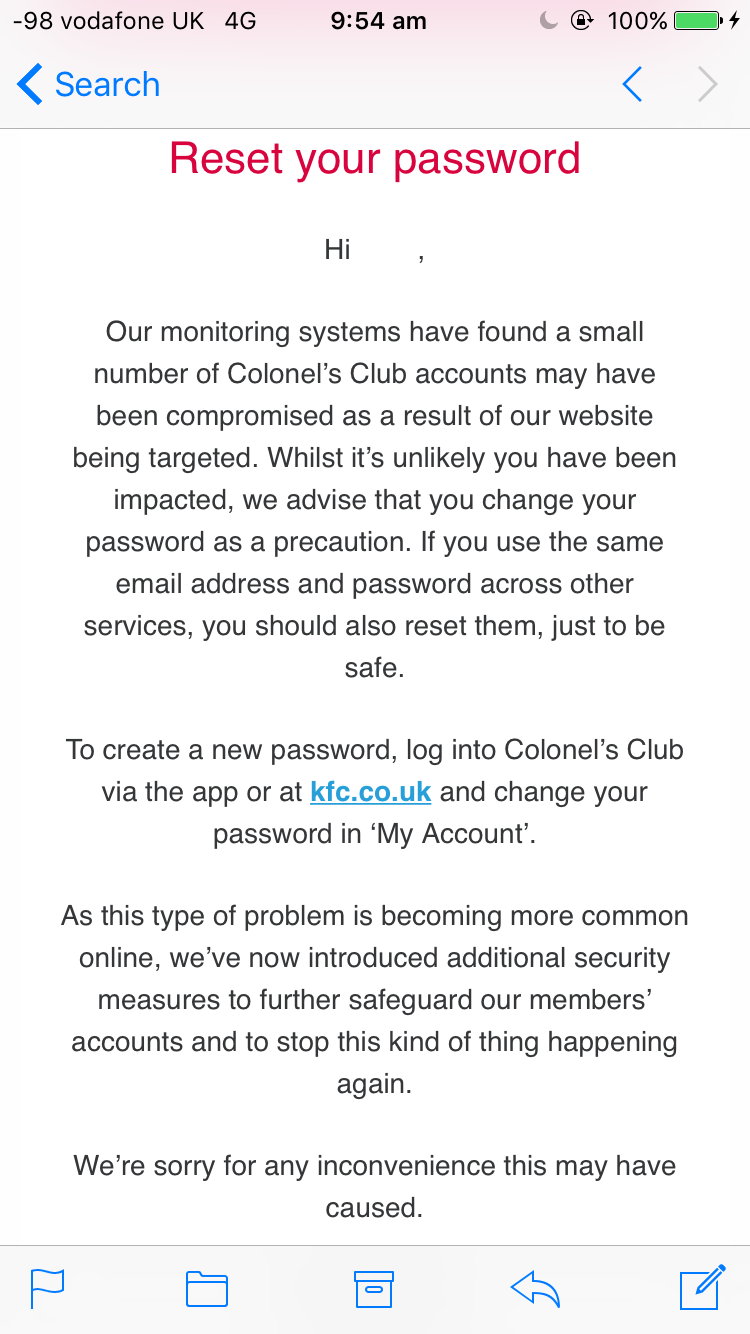 According to KFC UK said in a report that, “We take the online security of our fans very seriously, so we’ve advised all Colonel’s Club members to change their passwords as a precaution, despite only a small number of accounts being directly affected.”

KFC is said to have implemented changes to both their back end and front end systems, including adding reCAPTCHA on the website to avoid automated login attempts.