Britney Spears is an American Singer, Actress and dancer. It’s understandable if you believed rumors that Britney Spears has died, but nope: She’s alive and well. In fact, the fake news story seems to have been spread by a truly bizarre Twitter hack that involved Bob Dylan. 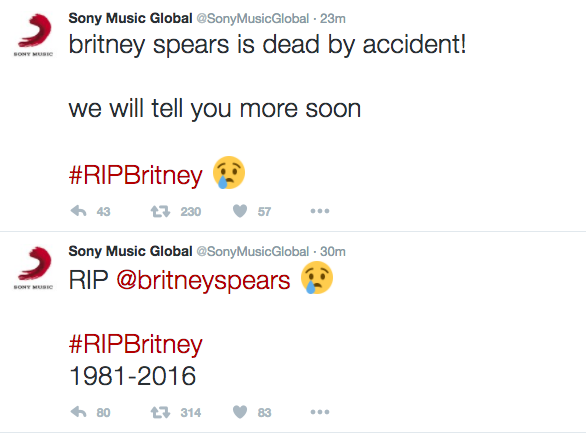 It all started when Sony Music Global sent out a tweet saying “RIP @britneyspears,” then followed it up with another tweet saying “britney spears is dead by accident! we will tell you more soon.” 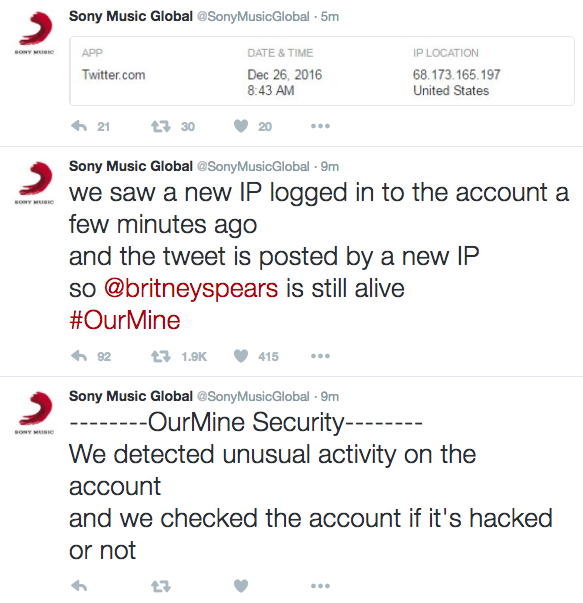 According to The Hollywood Reporter noted, the hack appears to be from hacker group OurMine, which has been hacking various high-profile accounts over the last year. They also appear to have targeted Bob Dylan’s Twitter account.

Now, the real question here is: Why would a group spend all that time hacking an extremely massive, powerful corporation and a Nobel Prize winner to spread weird lies about Britney Spears? Jury’s still out on that one.

Scientists made a material that generates electricity simply by touching it