The campaign website of Assemblyman Evan Low has been hit by hackers, whose motive seems linked to Low’s leadership of the Legislature’s Lesbian, Gay, Bisexual and Transgender Caucus.

The Campbell Democrat, re-elected in November to a second term, said Thursday that he learned of the hacking earlier in the day. Authorities have been notified, he said, including the Assembly sergeant-at-arms. 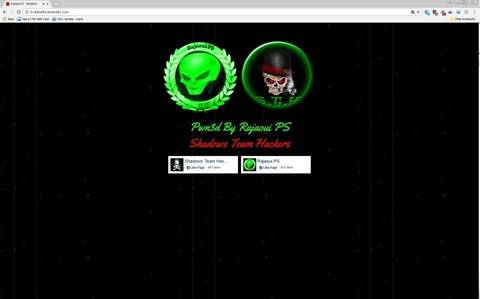 On its Facebook page, “Shadows Team Hackers” claims credit for the attack and lists other websites and social media handles for the lawmaker. The post identifies Low is chairman of the LGBT caucus and the page also features an image of fire burning the rainbow flag that symbolizes gay pride and diversity.

“Certainly the imagery would indicate animosity to the LGBT community,” Low said in an interview. The hacking, he added, came only days after Democratic lawmakers had a briefing on cybersecurity.

“It’s not a matter of if, it’s a matter of when,” Low said of the threat posed by hackers.

As of midday Friday, Low’s campaign website had been blocked as a security risk.