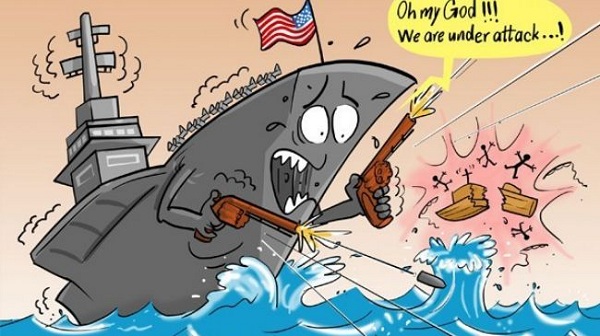 Iran has the ability to strike the heart of the United States by releasing a series of crippling cyber-attacks on America’s networks which would lead to devastating outcomes.

Donald Trump has left the US vulnerable to a number of potentially disastrous cyber-attacks after he quit the Iran Nuclear deal on Tuesday.

This agreement was signed in 2016 by former President. Barack Obama and lifted the economic sanctions on Iran in exchange for the country stopping their nuclear development and reducing the uranium enrichment to stop the threat of nuclear attack.

But despite the visits made from French President Emmanuel Macron, German Chancellor Angela Merkel as well as a phone call made by Prime Minister, Theresa May- Donald Trump was not persuaded and broke the deal.

Mr. Trump called this deal “worst deal ever” and claimed that Iran is trying to develop nuclear weapons in defiance to this agreement.

Iran’s Supreme Leader, Ayatollah Ali Khamenei claimed saying, “Mr Trump, I tell you on behalf of the Iranian people: You’ve made a mistake.”

Mike Chappel, a professor who specializes in IT and analytics says that a cyber-war could be coming soon.  He said:

“Iran is already a cyber-power and has a history of launching hacking attacks against American interests.

Restoring sanctions removes an important deterrent to those cyber-attacks and may have immediate adverse consequences.

It’s unlikely that Iran would attempt to conduct Panetta’s ‘cyber Pearl Harbors’ due to fear of a massive conventional retaliatory strike, but it’s easy to imagine coordinated attacks against US targets.”

In March, 9 Iranians were charged by the Justice Department in a plot to hack and steal data from universities, private co-operations and US governments.  Mr. Chapple claims that these Iranian attacks on US so far “are only the tip of the iceberg and that “Iranian hackers possess more advanced skills that have yet to be trained on US targets”.

He also added saying, ““It would be surprising if both sides don’t already have their battle plans drawn up for extended cyber warfare attacks.”