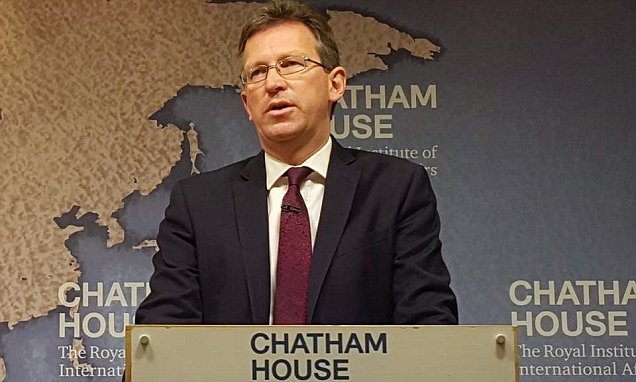 The UK Attorney General said today that, hostile states that have been targeting essential infrastructures as well as key services in Britain should be dealt in the same way as any other attack on the nation is dealt and should be defended accordingly.

When speaking on the topic of International Law in cyber-space, at the Chatham House think-tank, Jeremy Wright QC MP said:

“The targeting of essential medical facilities, the downing of civilian aircraft, the sabotage of nuclear power stations, are no less unlawful and no less deserving of a robust and legitimate response when they are undertaken by cyber means than when they are done by any other means.

The UK considers it is clear that cyber operations that result in or present an imminent threat of, death and destruction on an equivalent scale to an armed attack will give rise to an inherent right to take action in self- defense, as recognized in Article 51 of the UN Charter.”

Under this article, nations are given the right to individually or collectively self-defend.

He added saying, “The question is not whether or not international law applies, but rather how it applies and whether our current understanding is sufficient.

What this means is that hostile actors cannot take action by cyber means without consequence, both in peacetime and in times of conflict.”

Wright claims that United Kingdom must name and shame the foreign states that hire cyber-criminals to help carry out acts of a cyber-security attack or the states that interfere through the internet in national elections.

The UK has already credited and talked about previous malicious activities publicly, these activities include the WannaCry attack as well as the NotPetya attack, attributing these to North Korea and Russia respectively.

Wright concluded saying, “If more states become involved in the work of attribution then we can be more certain of the assessment.”

Cisco Issues A Warning; Half A Million Routers Have Been Hacked