Japan’s Prince Hotels Inc., have apologized in a press conference admitting hackers have taken credit card and other information of more than 124,000 people from their website.

Japan is not normally on the list of countries where such hacks are common which is why this incident has received global attention. Plus, the number of individuals involved also makes it one of the biggest such hacks in Japan in recent times. 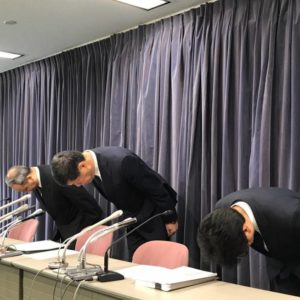 Customers who had booked rooms using a foreign version of Prince Hotel website were all victims. These sites were designed to target international customers and apparently had weaker security.

According to reports, Prince Hotel’s Chinese, English and Korean websites were hacked on this month’s 15th and 17th. All of the affected websites are run by Fastbooking.

As for the remaining 66,960 customers, their credit card information was stolen by hackers.

Prince Hotels Hacked: What Steps Did They Take?

After taking down the compromised websites, they emailed all the affected customers to let them know about the hack and also apologized for the incident.

An emergency email “[email protected]” was also set-up by the hotel authority to be able to cater to all emergency queries.

Fastbooking, who were responsible for running the websites are treating this as part of a larger worldwide hack they have suffered. They have advised that they have upped their security and the hack is also being investigated to catch the culprits. The hotel is also trying its best to protect the privacy of its customers but many believe that it is too late now, and have asked all affected users to change their bank details.