So what is this tool all about?

Golismero is an open source framework, used for mapping web applications and finding vulnerabilities. The tool is designed to be used by penetration testers and red teamers to aid in finding web application flaws by bringing together a number of other pen testing tools. The tool is a huge timesaver since it takes the donkeywork out of running other tools individually.

Golismero is written in Python with no dependency on native libraries. The tool is supported by all major operating systems including Windows, Linux, and Mac OS X.

How can it be installed?

In Linux, Golismero can be installed using the following commands. Installation details for other operating systems are available here.

Let’s see the tool in action 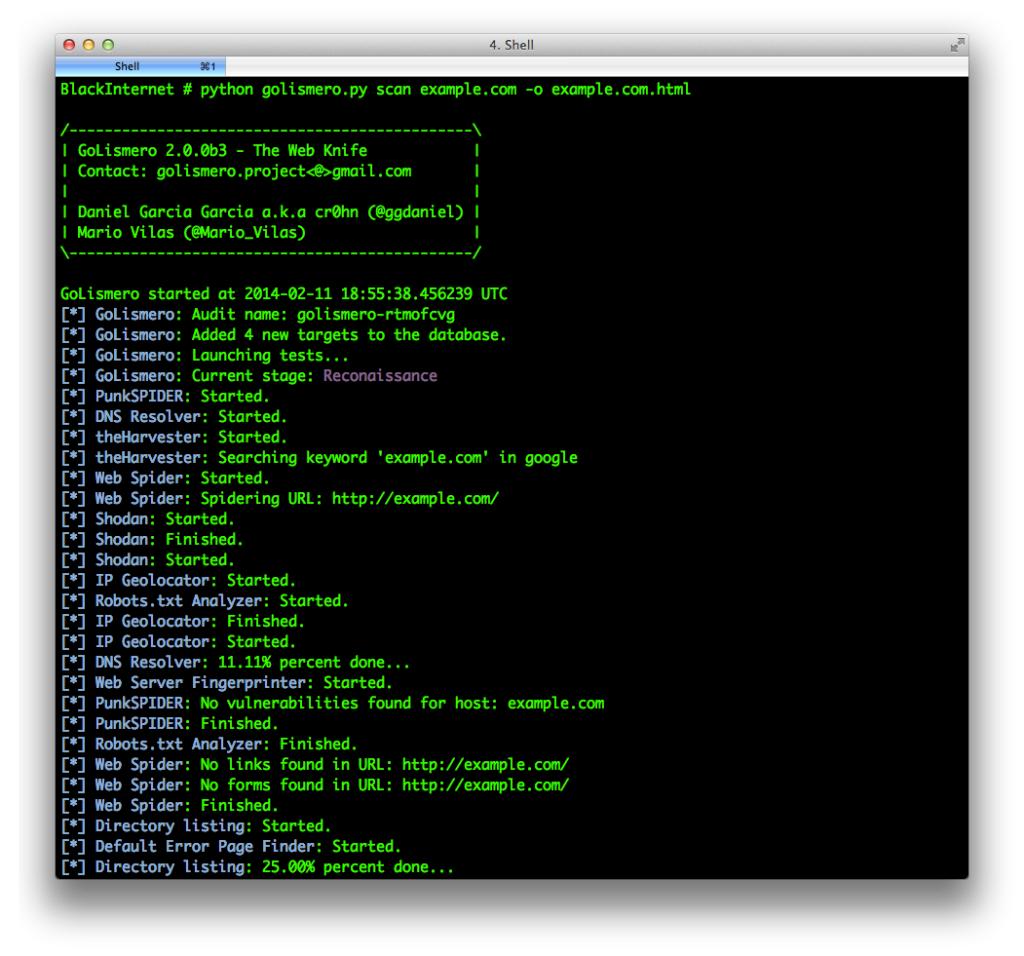 The audit can be given a name using the following command.

Similarly, the file name and file extension can also be provided to tell the tool to save the report in the desired format using the following command.

The coming features of Golismero include the integration of the tool with other security tools like Metasploit, ZAP, and SQLMap. Web UI, more plugins, and PDF format results are part of the future release plan of the tool.

We have decided to give this tool a very respectable bunny rating of 3.5/5 bunnies