Due to lack of privacy protections a Venmo user’s purchase history can be publicly visible to the internet – everything from their eating habits and awkward arguments over payments to drug deals.

A researcher from Berlin named Hang DO Thi Duc analysed more than 200 million user’s public transactions made and found that that app has serious privacy risks. The data was available using an API which streams the data of the users who hadn’t placed their profile in private.

The researcher was also able to see the dates of every transaction and the transaction message sent with the payment. This allowed the researcher explores the lives of the Venmo users and learn a lot of information about them. In the default signup process, the user puts app puts the user’s profile in public which means it is visible to anyone on the internet. The users are provided with an option to change their profile to private by going into the app’s settings and it is not clearly highlighted during the sign-up process.

Do Thi Duc has shown a lot of personal data that is being exposed and when anyone makes the payment using the app and the person’s profile is public it is possible to know a lot about them. 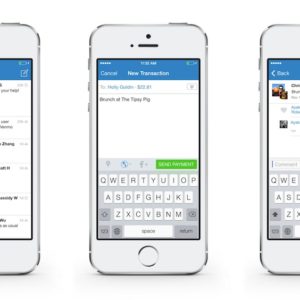 Other than reading the exploits of arguing couples and individuals junk food addictions she was also able to find 920 incoming messages throughout 2017 for one particular entrepreneur in California who might wish to update his settings as the messages included reference to his inventory, ‘weed’, ‘grass’ and ‘CBD’ etc accompanied by the obligatory emojis.

Do Thi Duc was also able to find very private conversations between couples who might not have realized that their comments are public and offer an detailed view into their personal lives, so if you’re a Venmo user you might want to double check your profile.