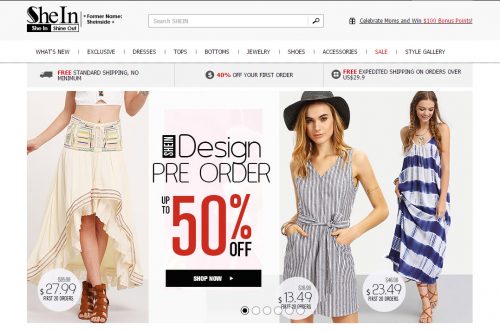 After so many private and government organizations suffering data breaches, a US-based fashion retailer now enters the list. Reportedly, the SheIn data breach affected around 6.4 million customers, with the hackers stealing personal data of the customers. The firm allegedly suffered a cyber attack that allowed hackers to snoop into the firm’s customer-base.

The company noticed the breach on August 22, 2018, after which they began investigating the matter. Later, they confirmed that hackers have accessed customers’ data on their servers. Regarding the technicalities of how the breach occurred, SheIn has not mentioned any explicit details. Rather they simply called it a “sophisticated” attack.

“The perpetrators orchestrated a sophisticated cyber attack that breached the security protections in place and allowed them to access email addresses and encrypted passwords on the network.”

As regards the potential impact of the breach, SheIn confirmed that the hackers could have accessed the details of “rough 6.42 million” customers. Yet, the investigations are still in progress to determine the exact extent of the incident. The hackers succeeded in accessing the personally identifiable information of the victims. Nonetheless, the firm assured the secured status of credit card details during the incident.

“Based on what we presently know, the cybercriminals stole email addresses and encrypted passwords.”

Right after noticing the breach, SheIn hired an international cybersecurity service to assess the damages. The investigations are still ongoing to dig out further details.