Facebook makes it into the news once again for troubling users globally. Supposedly, Facebook users have faced trouble with Instagram and Facebook for the past two to three days. The tech giant admitted the problem after multiple complaints. Allegedly, Facebook and Instagram went down due to a bug in its servers. While Facebook claims to have patched the bug, some users still face trouble using the apps.

At the beginning of this week, Facebook and Instagram users started facing issues while using these services. Some users were logged out of their accounts, or their profiles simply failed to load. Some users couldn’t post on Facebook or Instagram, whereas some others experienced super slow loading speeds. While Facebook justified the Monday outages as a result of some “routine test”, the following days didn’t bring anything good for the user. Rather, most FB users (including us) simply viewed this annoying statement again and again.

The recent snapshot of Facebook Outage Map taken by LHN shows the widespread impact of this problem globally. 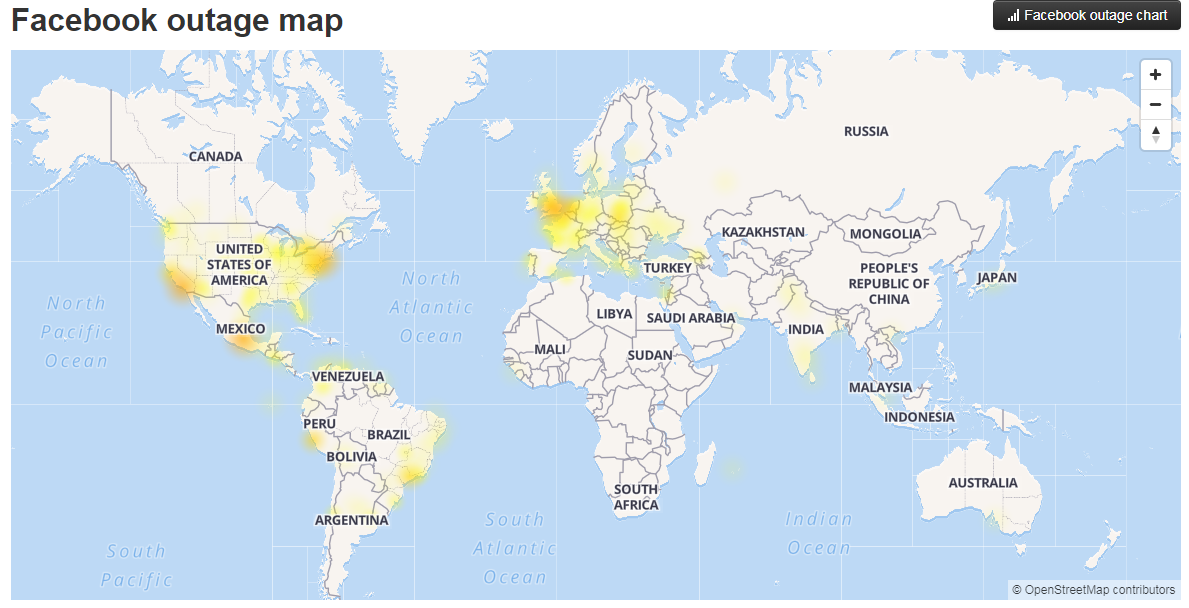 Although the problem persisted for quite some time, Facebook admitted the issue only a day ago. It now has revealed that the error occurred due to a “bug in the server”.

Earlier today a bug in our server caused some people to have trouble accessing our apps. The issue has since been resolved – we’re back to 100% for everyone – and we’re sorry for the inconvenience.

WhatsApp users, however, didn’t face any such troubles.

Now that Facebook confirms fixing the bug, users do not really seem satisfied with the justification. Albeit, recalling the infamous hacks and glitches associated with the firm can somewhat justify the prevailing skepticism among the public. Here is how the frustrated users flooded Twitter whilst popularizing hashtags #Facebookdown and #Instagramdown on Twitter.

Facebook AND Instagram is down! There are millions of people who are now walking around wondering what else their smart phone can do. 😂😂🤣🤣#facebookdown #instagramdown

Millions of Facebook users take to the streets yelling out their personal data hoping to be heard by advertisers, spy agencies. #facebookdown

Moreover, people also demand transparent communication in this regard.

You guys gonna share a blog post or something? Lots of clients were pretty upset and some had to move budgets. Some communication would be nice for transparency. #FacebookDown #PPC https://t.co/iI06Pq9Qma

Whereas, some users continued to face troubles even after Facebook’s apparent fix.

What about business pages uploading videos and scheduling posts? Mine is still down. #FacebookDown

It's a lie, Facebook! Some pages and groups are stil not completely accessible. I cannot post on my facebook page or group. The compose box is not showing up. Own up. Say there's a problem. This is not done. Bangalore, India.

Well, we haven’t heard much from Facebook regarding this chaos. As soon as know about official statements, we shall update our readers.

Did you also face this trouble with Facebook and Instagram? Are you still experiencing problems? Do let us know about it in the comments below.