Microsoft has recently announced a new bounty program for all the bug hunters out there. As disclosed, they have now launched Xbox Bounty Program with various rewards up to $20,000.

Microsoft has announced a dedicated bug bounty program for Xbox. As revealed via a post, the Xbox Bounty Program covers various vulnerabilities in the system with lucrative rewards.

With this program, Microsoft opens up the opportunity for all the researchers’ and gamers’ community to make money by assisting the tech giant for securing the popular gaming platform.

The Xbox Bounty Program invites gamers, security researchers, and others around the world to help identify security vulnerabilities in the Xbox Live network and services and share them with the Xbox team.

Elaborating on what qualifies for this program, Microsoft stated that the program covers significant vulnerabilities that directly impact customers. To qualify for a bounty, the bug report should meet the following eligibility requirements,

With the new bounty program, Microsoft has announced various bounties for different types of bugs.

However, Microsoft has deemed any denial of service bugs out of the scope of this program.

The following table shows the details of the bugs and the offered bounties. 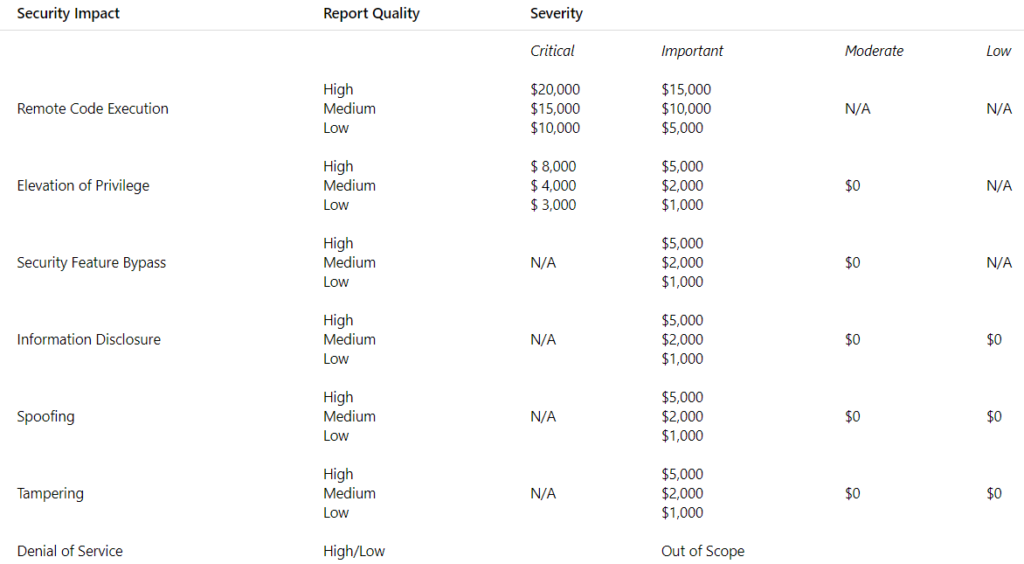 Further details about the specific vulnerabilities that qualify and/or do not qualify for this program are available in Microsoft’s post.