Unlike other tech firms that usually make a formal announcement of a product way before its launch, Dropbox made a silent move. Reportedly, they have silently developed and launched a dedicated password manager ‘Dropbox Passwords’.

For now, the app is available on the Google Play Store as an ‘Invite-Only’ app, currently in beta version. Yet, it claims to provide almost all basic features necessary for a good password manager.

Briefly, users can use the app to store their passwords, and can also access the passwords by syncing all devices. Moreover, the app also offers ‘zero-knowledge encryption’ to keep the passwords secured from hacking attacks. 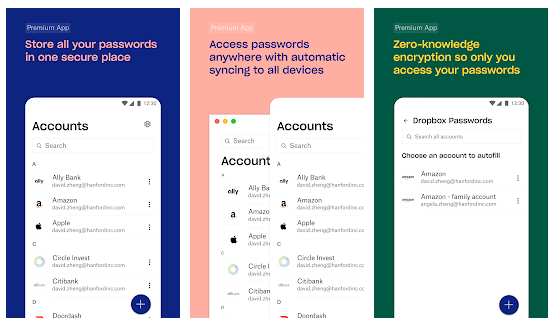 Besides, the Dropbox Passwords app also allows a one-click sign-in to the websites and apps. Hence, saving them from the hassle of entering details. While it is unclear as to how this feature will exactly work, AndroidPolice hints a probable use of the Android’s autofill feature.

Users can take a look at the app by clicking this link.

Presently Available As Beta – Invite Only

The app that silently made it to the Google Play Store first caught the attention of AndroidPolice. According to the screenshot they shared, the app initially had an ‘Early Access’ label with it.

However, now when LHN checked the app, this label no more exists. But the app still bears an invite-only limitation.

Though users may see a clickable ‘Install’ button with the app, it doesn’t really work for general users. Anyone downloading the app without an invite will face a denial of use, indicating the app is still in beta.

Perhaps, Dropbox may make a formal announcement after including all the necessary tweaks as advised by the beta-testers. Until then, users shall have to patiently wait for the public launch.

Nonetheless, they can still use the other password managers already available in the market to protect their accounts.