VPN or the Virtual Private Network has paved businesses to safeguard their digital information and most guarded files away from any internet predator who wants either to wreak havoc to its system or make some dollars out of it. Nowadays, VPN is more accessible to the public and gives them the anonymity that some of us just want, especially when you are connected to an unsecured Wi-fi connection. However, not all VPN service providers are as secure as you want it to be.

As with any service, it will not be worth the consumers if the provider does not make efforts to enhance their experience and give them what they have paid for. We have made our pick of the top rated VPN service that will exactly give you what you need and more. The selection was based on security and privacy measures and controls, affordability, and availability.

NordVPN has been crowned the king of VPN services because of its topnotch privacy and security protocols. Its headquarters are located in Panama, a country that does not have internet surveillance and thus NordVPN is not required to keep track of its users activities. A very good exercise of complete anonymity. It also uses 256-bit AES and PGP keys to encrypt the communication between you and NordVPN.

Another top notch service of NordVPN is its ability to completely mask your IP address. That’s why you availed of their service after all. When tests are done in two DNS leaks test sites and you have two distinct IP addresses, that means it’s working. You’re safe. Add to that, NordVPN uses double VPN protection. That means your computer or device connects to one VPN server which is also connected to another VPN server before it gives you access to the internet. A surely appreciated added layer of protection.

If you’re looking for a cheap but satisfying VPN service, CyberGhost could give you that. Armed with an incredible IP masking system, the industry-standard OpenVPN and IKEv2 protocols, you are sure to have complete anonymity while using the world wide web. Further, CyberGhost has its HQ in Romania, which doesn’t also do internet surveillance. CyberGhost also manages its highly-secured servers that are completely managed by their own people. Another important aspect for safeguarding its users details. One fact about CyberGhost that has to be mentioned is it has the largest network with over  6,300 servers in more than 90 countries. Something that hasn’t been achieved by any VPN service providers.

When privacy and security is being tackled about, ExpressVPN will fare well. With its foolproof encryption capability, you will never have to worry about your computer or device’s security. It uses 256 bit AES, 4096-bit DHE-RSA keys, SHA512 hash authentication, and Perfect Forward Security – a failsafe in the event that you are somehow compromised, the access will not be used again. Moreover, it prides itself with its private DNS servers and is unremarkably leakproof. When tested, its IPv6, DNS, or WebRTC has presented no troubles and is 100% healthy.

ExpressVPN’s command center is at the British Virgin Islands.The country has no mandatory retention laws and is beyond the jurisdiction of the UK or any highly surveillance countries. ExpressVPNs logging policies have been put to the test after a highly publicized seizure of its servers in Turkey due to an alleged use of its network to hide details of the assassination of the Russian ambassador to Turkey. The authorities tuned up empty and found no traces of information for the assassination. 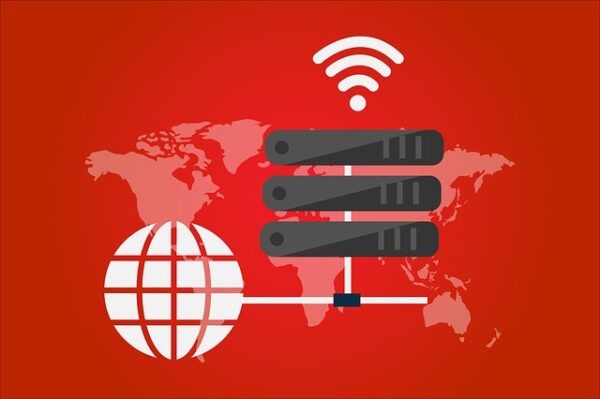 Even if SurfShark has to fight over huge VPN service providers, this new player has got what it takes to win the race. It has  a lot of privacy and security features that any VPN service user would want to exploit.

And finally TunnelBear. TunnelBear has got the kicks with its privacy and security. It uses 256-AES, SHA256, and DH (2048 bit for Windows, 3072-bit for MacOS and iOS, and 4096-bit for android) to bolster its encryption systems. If you have doubts on TunnelBears’ capability on safeguarding your security, read some of the comments VPN users have on why they love TunnelBear’s VPN service.Further, TunnelBear also uses OpenVPN, IKEv2, and IPsec for its internet protocols. A fairly good combination of systems to give you more security than you ever need.

VPN service providers always pride themselves with their privacy and security systems by which VPN was made in the first place. You should be able to search and do your own thing on the internet anonymously, and secure your details and any valuable digital information. That’s why VPN services were made. If your chosen VPN service provider cannot do this, better switch to one that can do that for you. Or better yet, take your pick on those 5 VPN service providers above.

How to Perform a Penetration Test on Your...

Cybersecurity Visibility and why it is critical for...

How to Opt For the Most High-Quality VPN...

Data Security – What Is the Most Secure...

I have noticed that car insurance firms know the cars which are prone to accidents along with other risks. Additionally they know what form of cars are prone to higher risk as well as higher risk they’ve got the higher the particular premium amount. Understanding the straightforward basics regarding car insurance can help you choose the right kind of insurance policy that could take care of your needs in case you get involved in any accident. Many thanks for sharing the particular ideas on the blog.

I’m extremely impressed with your writing skills and also with the layout on your weblog. Is this a paid theme or did you modify it yourself? Either way keep up the nice quality writing, it抯 rare to see a great blog like this one today..

Wow! This blog looks exactly like my old one! It’s on a completely different subject but it has pretty much the same page layout and design. Outstanding choice of colors!

Thanks for discussing your ideas. I might also like to say that video games have been at any time evolving. Technology advances and innovations have served create sensible and interactive games. These kinds of entertainment games were not as sensible when the concept was first being tried out. Just like other areas of technology, video games way too have had to evolve by way of many ages. This itself is testimony towards fast progression of video games.