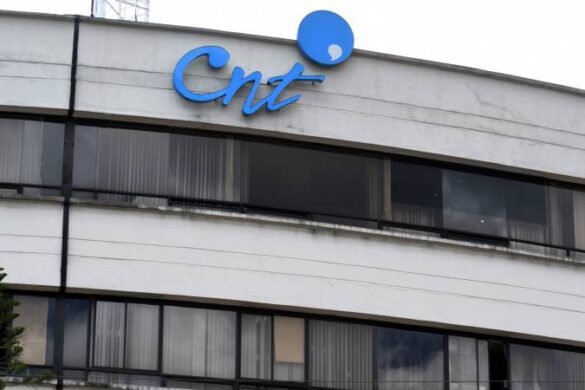 The latest victim is the public telecom giant of Ecuador, CNT, that disclosed a cyber attack. Researchers suspect a ransomware incident possibly from the RansomEXX gang.

CNT itself disclosed the cyber attack recently via a security notice on its website (snapshot below). 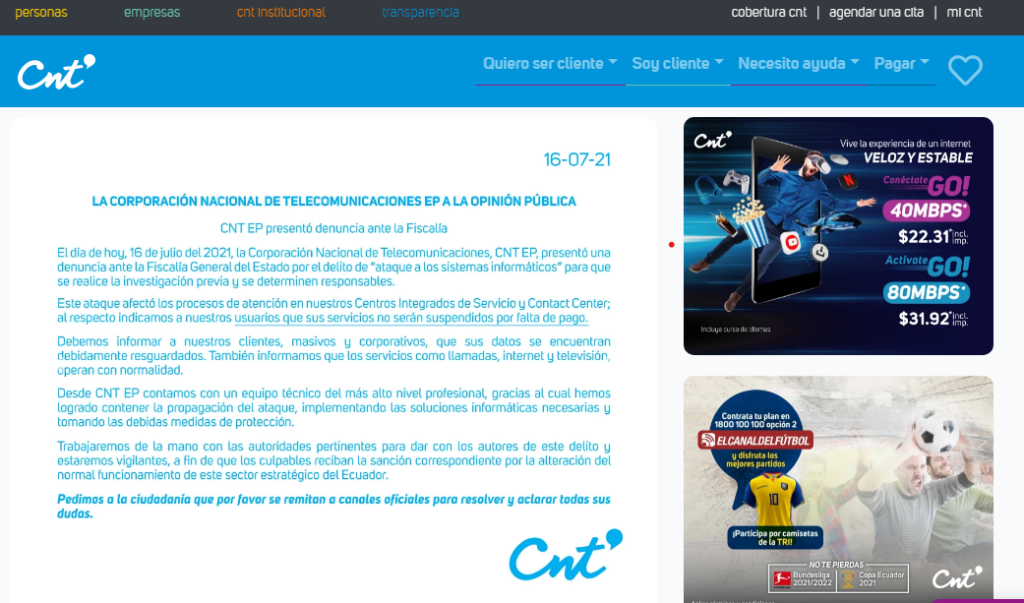 As revealed, the firm suffered the attack on its systems affecting the Contact Center and Integrated Service Center. Upon detecting the incident, the firm’s IT personnel acted promptly to contain the attack.

Besides, the firm has also filed a complaint to the Attorney General to expedite the investigations of the matter.

As stated in the notice [translated],

Today, July 16, 2021, the Corporación Nacional de Telecomunicaciones, CNT EP, filed a complaint before the State Attorney General’s Office for the crime of “attack on systems” so that a preliminary investigation can be carried out and those responsible can be determined.

CNT assured that their customers’ data remained safe during the attack. Also, their major services continue to operate normally. [statement translated below],

We must inform our mass and corporate customers that their data is duly safeguarded. We also inform that services such as calls, internet and television are operating normally.

Also, given the possible disruptions due to the attack, the customers won’t face any issues due to non-payments.

While CNT hasn’t precisely shared any details of the attack timeline and vector, the threat actors seemingly didn’t stay silent.

According to the researcher German Fernandez, CNT has fallen prey to the RansomEXX ransomware gang.

The attackers have claimed to have stolen over 190GB of data from the company network. While it’s unclear how much ransom they have demanded, they have threatened to publish the data online in case of non-payment.

"We have downloaded 190GB+ of your files and we are ready to publish it." 😵

RansomEXX is a notorious ransomware gang that has targeted several high-profile victims, such as the Brazilian Superior Court of Justice and Konica Minolta. One of their victims, Tyler Technologies – a US-based software development firm, also paid them the demanded ransom for the decryptor.

Let’s see if CNT resists or it also ends up paying the ransom to the attackers.

How to generate Cryptographically secure random numbers and data in Python