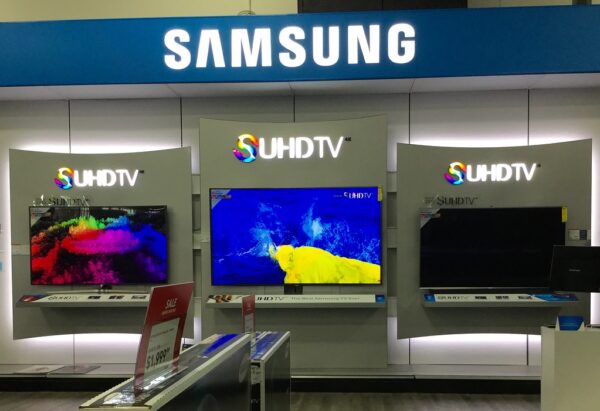 Samsung has recently disclosed a feature already available with its TV sets that can disable them remotely. Dubbed ‘TV Block,’ this feature detects and blocks a stolen Samsung TV set. The tech giant justifies TV Block as a means to curb theft and resale of stolen TV sets.

Samsung has shared insights about the TV Block feature that previously remained hidden from the users. The announcement for this feature came after a messy looting incident in South Africa where the attackers stole numerous Samsung TV sets. Reportedly, the mob not only looted the Samsung warehouse but also damaged the service centers.

Following this incident, Samsung announced its next move to discourage (or downright block) the use of stolen TV sets. The tech giant claimed to detect and block all TV sets stolen from their warehouse by activating TV Block. This feature comes preloaded in all Samsung TVs and merely requires Samsung to enable it. As stated,

Samsung will be activating TV block on all Samsung television sets looted from our warehouse since the week commencing 11 July 2021. Rest assured, this will help. TV Block is a remote, security solution that detects if TV units have been unduly activated. This technology is already pre-loaded on all Samsung TV products.

In simple words, TV Block is a kill switch that disables any TV set found stolen or not legally purchased. For this, it identifies the respective TV’s serial number as soon as the set connects to the internet.

Is TV Block All That ‘Smart’?

In case of erroneous blocking, Samsung allows the legit users to complain by providing valid proof of purchase.

Should a customer’s TV be incorrectly blocked, the functionality can be reinstated once proof of purchase and a valid TV license is shared with a legitimate retailer.
Dealer to send proof of purchase to [email protected] for checking/validation. Communication will be sent within 48 hours.

It remains unclear how Samsung would handle the cases involving theft of previously verified TV sets from legit customers.

While it sounds like an innovative security feature, many users didn’t like it. In fact, some users even considered it an unwarranted control on their devices.

Thanks for advising me to not buy a Samsung TV in the future. I don't want such feature and any other in general that don't give me full control of my devices.#NoTVblock

Not buying a Samsung TV. Thanks for the heads up!

If a TV is blocked when stolen, so you expect the thief to go and return it to the owner?

Let us know what you think of this feature via your comments.