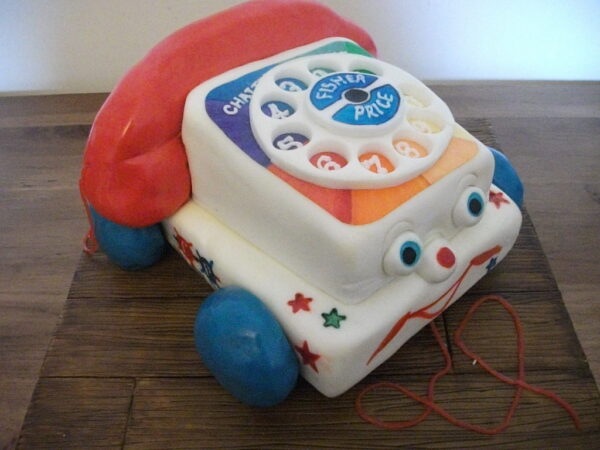 Researchers have discovered a severe privacy issue in the Fisher-Price kids’ toy phone. Specifically, the lack of security checks allows turning the Fisher-Price Chatter Bluetooth phone into an audio bug.

Sharing the details in a blog post, Pen Test Partners has highlighted how the Fisher-Price Chatter Bluetooth phone can allow spying on users.

Fisher-Price is a popular kids’ toys brand owned by the Barbie-giant Mattel Inc. This brand produces numerous smart toys for kids, including the vulnerable Bluetooth phone.

While the phone should ideally allow pairing to the users’ smartphones only, in reality, it will enable any random incoming connection. Thus, it becomes possible for an adversary in range of the toy phone to connect to it via Bluetooth sneakily and listen to the nearby sounds.

Moreover, the toy phone also allowed auto-answering of incoming calls on the connected smartphone. This scenario also triggers a privacy breach if the Bluetooth toy phone is left unattended.

The only limiting feature in this toy phone is the necessity of picking up the handset to listen to the audio. However, this meager requirement isn’t a limitation, mainly if small children are around who may accidentally pick the handset upon ringing, or leave the handset aside after playing, thus allowing the auto-answering feature to trigger.

Currently, Mattel hasn’t commented about whether it plans to address this matter anytime soon. Unfortunately, it means all current users of this toy phone are at risk of eavesdropping by strangers via this small gadget.

Nonetheless, the researchers have recommended that adults thoroughly supervise the phone to mitigate the risks. It includes,

It isn’t the first case where a seemingly harmless toy turned into a spying vector. Earlier, the toy doll “My Friend Cayla” also demonstrated similar vulnerabilities that allowed eavesdropping. Consequently, Germany even banned the toy for privacy concerns urging parents to destroy it.