cSploit is now considered EOL and is not being updated by the developers. Current version might not be functional on newer Android versions. We appreciate everyone who contributed to cSploit over the years.

This one is an oldie but a goodie, its called cSploit. When I first started out freelancing I used this app A LOT! Unfortunately this app may not work well on newer versions of Android, as it is EOL. I tested it running custom Oreo on a OnePlus 3T and it ran perfect. The developers claim this tool is a Security professionals best friend, but if you are in any part of network administration this tool will benefit you greatly.

You can keep track of devices connected to the network, analyze wireless traffic, fingerprint hosts and use traceroute all from an android device. Some of the security features include integrated Metasploit frameworks, packet forging and MITM demos.

So this is one of the downfalls of this application, the device needs to be rooted. I am sure there is someway around it but i say it’s a downfall because in an enterprise environment rooting devices is frowned upon due to the security risks. However as I mentioned before if you are freelancing or on a solo pentest this app will help you a lot.

The device needs Android 2.4 or higher rooted with BusyBox and SuperSU installed before trying to install the app. The developed maid it very clear that a full installation of BusyBox is needed not the partial version. After you have the pre-requisites the apk can be downloaded from GitHub or the official f-droid repo. 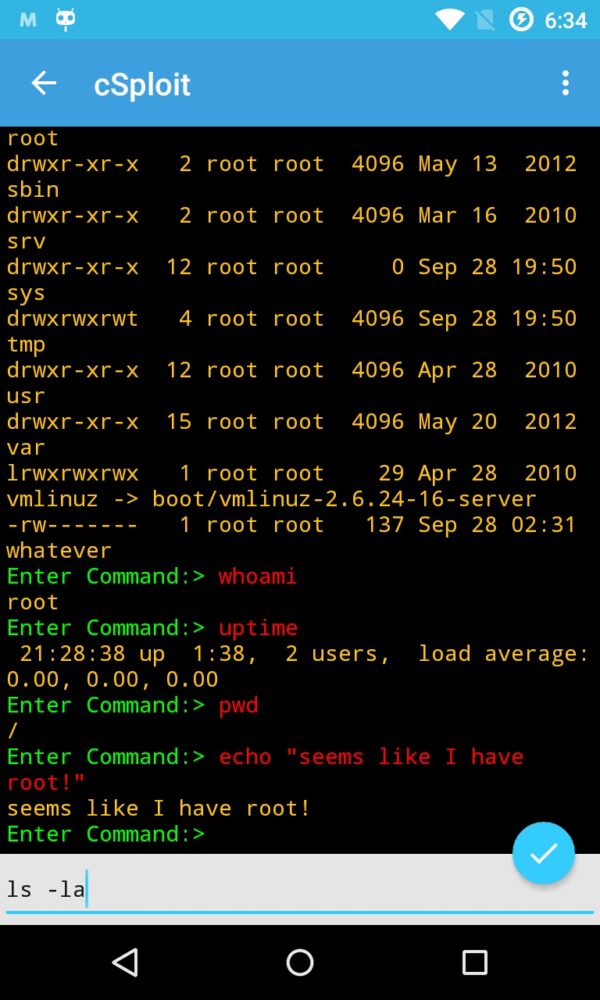 As i have said before and cannot stress enough, get this tool on your android device. They may have stopped supporting updates but the tool still works amazingly. Even on large networks you can do a little “warpathing” as I like to call it, and scan for devices and possibly exploit them on your phone. I have to go 5 out of 5 on this one. Great work guys.