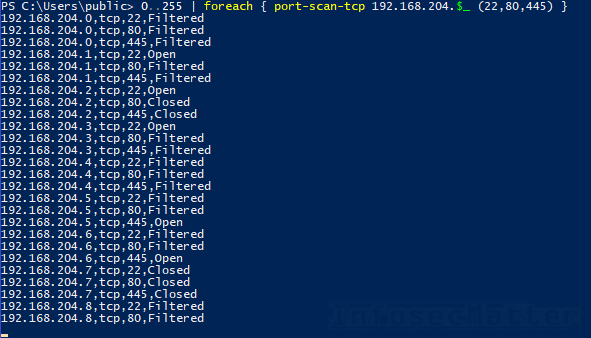 Here we have a compilation of tools by InfoSecMatter that is used for scanning open or closed TCP/UDP ports. It is written entirely in PowerShell and is a great addition to your arsenal when trying to evade AV/WD. Make space on your utility belt for this one because after testing this scanner I am quite impressed with the outcome.

The GitHub repo states that this tool can detect open, closed and filtered ports  on both TCP and UDP. Single host scanning, network range or a specific list of hosts from a file. You can also adjust the timeout limit for port scanning. Technically this tool is comprised of 2 different scanners, one for TCP and one for UDP but you can utilize both with one command by creating a separate PowerShell script. It also has a windows login brute force script as well as a SMB bruteforce script as well making this tool one of the best I have used in a while for Pentesting.

Using this tool is simple and effective during a pentest, simply download the zip folder from the GitHub repo and copy it to a flash drive. If you have physical access to a machine on the network the next part will be easy, if not you need to figure out a way to spawn a shell and get permissions to run PowerShell commands, but someone else can help you with that. For me it was easy because I already have access to a network. 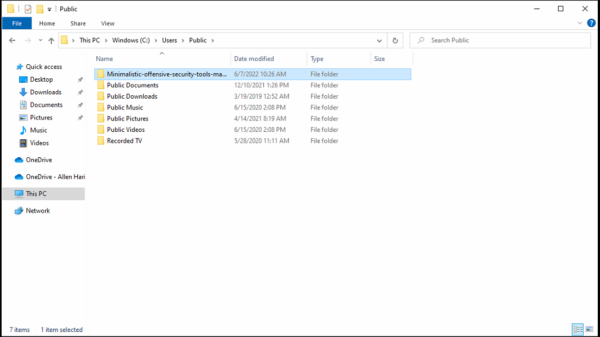 Next step is to transfer the scripts to a folder that has write privilege. For testing I created a user a simple domain user and went to an unsuspecting work station. I logged in with the user and transfered the files to the C\Users\Public directory then opened PowerShell. After running the scanner I was able to detect open ports on 80, 3389 and 445

after checking in the user folder for a list of people that had logged in to the machine I was using, I was able to piece together a short list of usernames to run the AD brute force tool. I ran a check against the default and was able to find 5/11 users who still had the default password.

This scanner and all of its features call for a 4/5 bunnies. During testing I was able to evade our enterprise AV. I know this network, but a good pentester will do their homework before attempting this in a live scenario. Stay tuned for more bangers.