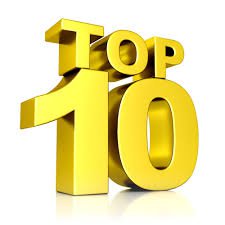 Here is a list of the top 10 hacker movies you must see if you haven’t already!

an organic super-computer — is being fed the sum of all human knowledge, from Chinese to cancer research. Rather unfortunately, the super-computer reaches sentience, and hacks into its creator’s computer- automated house where it develops an unhealthy interest in the scientist’s wife. What happens next is entirely beyond simple hacking, but this movie teaches you to worry about a future where computers can think and act for themselves.

David Cronenberg’s 1999 sci-fi flick takes a characteristically messy, organic approach to hacking. eXistenZ is set in a computer game where people connect to using biological computers. Cue the usual Croenebergian sprays of body fluid and squelchy bits plus some cool innovations, like a gun (made out of biological components) that shoots teeth.

In The Net, Sandra Bullock plays Angela Bennett, a software engineer who has her identity stolen after a holiday gone wrong. It doesn’t help that she works from home and doesn’t have many friends — a peril we’re sure many hackers can empathise with. She’s chased across cyberspace by an evil group called the Praetorians — there’s a classical reference for you — and has to use her computer to defend herself. Gutsy stuff.

Robert Redford’s Marty Bishop leads a group of computer whiz kids who specialise in cryptography and computer security. After stealing a mysterious black box from some mysterious bad guys — who say they’re government agents, so Bishop’s conscience can be clear — he finds out the box is able to decode any encryption system in the world. Predictably, the bad guys are keen to get their hands on it. Cue intrigue.

Convicted hacker Stanley Jobson — Hugh Jackman at his finest — has the task of stealing $9.5 billion of government funds forgotten about after the aborted Operation Swordfish, and he’s being egged along by the ultra-suave Gabriel Shear (John Travolta, clearly playing himself). We don’t need to say much about Swordfish, apart from the fact that there’s a scene involving hacking on a computer with seven screens. Seven screens. You can’t get much more hacker-tastic than that.

Budding hacker David finds a backdoor entrance into a giant military supercomputer mainframe and starts messing around. Nothing could go wrong, right? David plays against the computer in a game involving an — entirely theoretical, or so it seems — nuclear war between America and Russia. WarGames celebrates hacking — we think it’s required reading for any computer security enthusiast.

Kevin David Mitnick is at present working as an american computer security consultant. This movie is about his life and how a hacker turned down into country computer security counselor. Just to add more into the surprise, when Kevin was arrested for his cyber-crime, he was in the list of most wanted cyber criminal.

11-year-old Dade Murphy, otherwise known by his hacker alias ‘Zero Cool’, is arrested by the US Secret Service for writing a computer virus and banned from using a computer until his 18th birthday. When he hits 18 he’s back in action as ‘Crash Override’, and all hell breaks loose — the movie features a brilliant ten-minute sequence that spawned the unforgettable phrase “hack the Gibson”. Hackers, as the name suggests, is one of the best hacking movies out there. If you haven’t seen it, you’re missing out.

Years before the tepid Tron: Legacy, the original Tron was actually cool precisely because of its unintendedly naive originality. Times were better before Jeff Bridges played the biogital Dude whose son is thrown into a video game to fight for his life. Lightcycles, spinning discs and neon-lit worlds (shot on 70mm film) made this the iconic sci-fi classic it still is today.

The Matrix is a meta-hacking movie. The hackers, including Keanu Reeves’ Neo, live inside the world they’re hacking. The Matrix is a computer system that tricks humans into thinking they’re alive and well and enjoying their lives when they’re actually being fed on by machines in a dark, dystopian real world. With its punchy nu-metal-cum-heavy-metal soundtrack and leather-heavy costume department, The Matrix shows hackers as they’d love to be seen — ultra-cool and revolutionary.

When someone hacks into the computers at the FBI’s Cyber Crime Division; the Director decides to round up all the hackers who could have done this. When he’s told that because it’s the 4th of July most of their agents are not around so they might have trouble getting people to get the hackers. So he instructs them to get local PD’S to take care of it. And one of the cops they ask is John McClane who is tasked with bringing a hacker named Farrell to the FBI. But as soon as he gets there someone starts shooting at them. McClane manages to get them out but they’re still being pursued. And it’s just when McClane arrives in Washington that the whole system breaks down and chaos ensues.