Although several security scanners already exist for Web applications, Google says these are typically not very well suited to those that run on the Google App Engine.Google says these website vulnerability scanners are typically hard to set up and “built for security professionals,” not for web application developers that run the apps on the Google App Engine.

It has been designed with ease-of-use in mind and to scan “rich, JavaScript-heavy” web apps, detecting the most common issues with the minimum of false positives.This scanner allows App Engine developers to regularly scan their applications for two common web application vulnerabilities Cross-Site Scripting (XSS) and Mixed Content Scripts 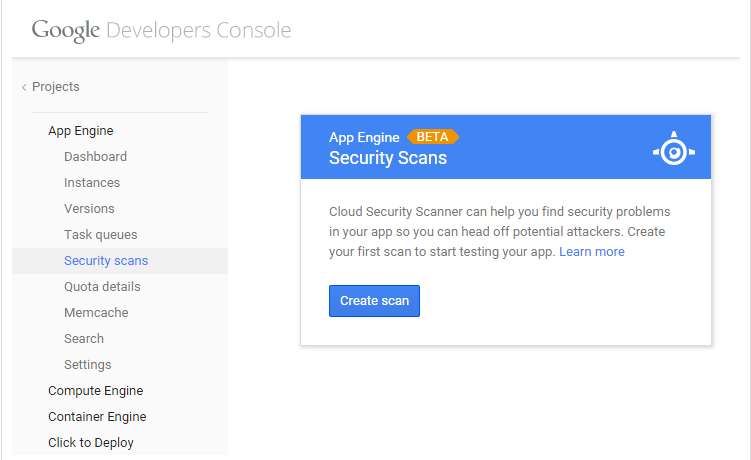 So this is how it works :