Google has removed several Android apps from the Google Play Store that helps user to boost followers in social media based on a report from Slovakian security firm ESET. According to this firm these kind of apps are fake and do nothing but collect data on users, show ads, subscribe them to premium services. Below is the screenshot of some of the apps that exhibits such behavior : 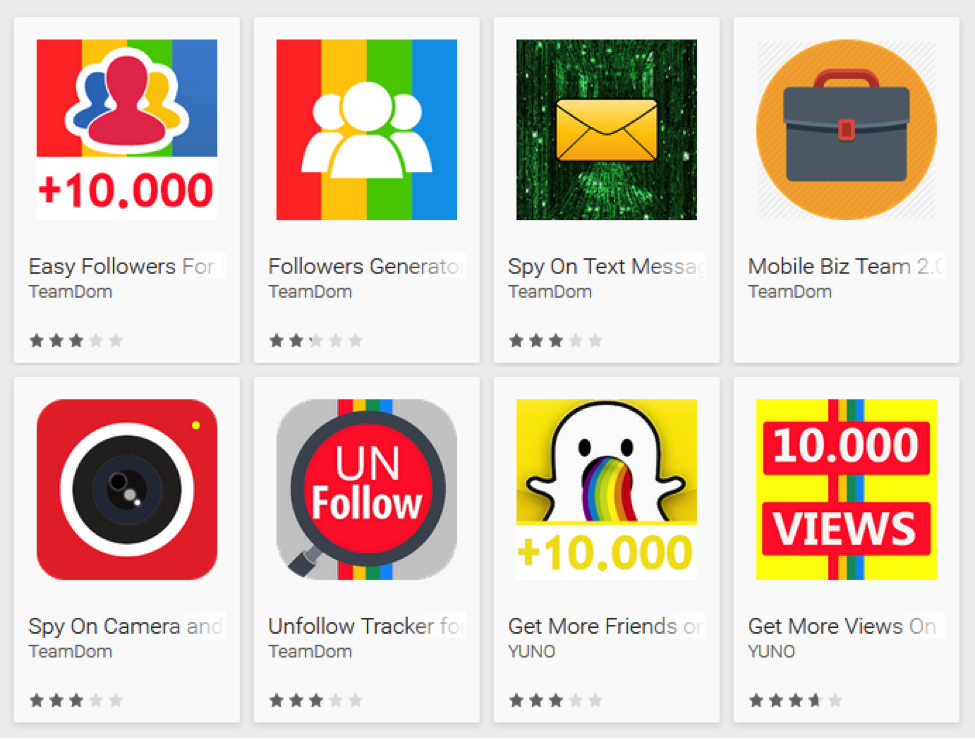 The Functioning Of These Kinds Of Apps

These apps doesn’t delivered any kind of functionality, except malicious action which includes collecting users personal data like their phone number. So after being installed these kind of apps the first thing is it asks is the type of device you got and in which social media do you want to boost your followers and also how many followers to you want in specific. By using fancy names and  luring descriptions these apps successfully made between 500,000 and 1 million users to install the applications on their devices. 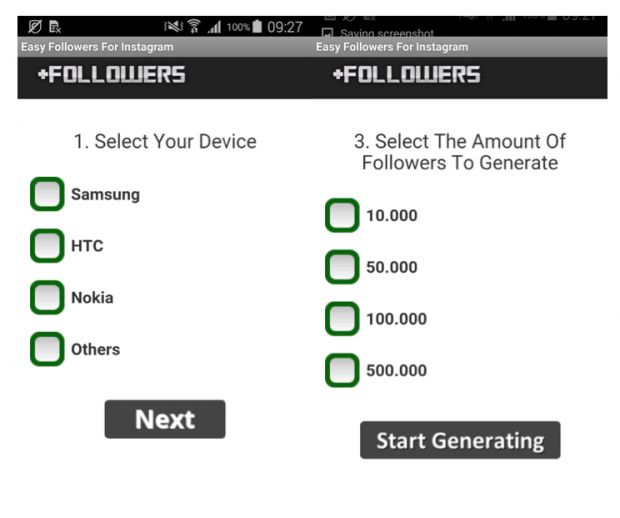 And the final step is that the app enters in a process called “human verification”, which is nothing but a covert method of showing an endless set of ads- basically free advertising in name of security. After all the verification the application gets all the personal details like the user’s name, email address, home address, date of birth, and gender.
Future apps that will exhibit a similar behavior will be classified and marked as Android/Fasurke malware, said ESET .

Above all this users were also prompted with popups to accept terms of service or other conditions and even users receive calls and text messages from premium services, which usually came at a very high cost of a few Euros per week. 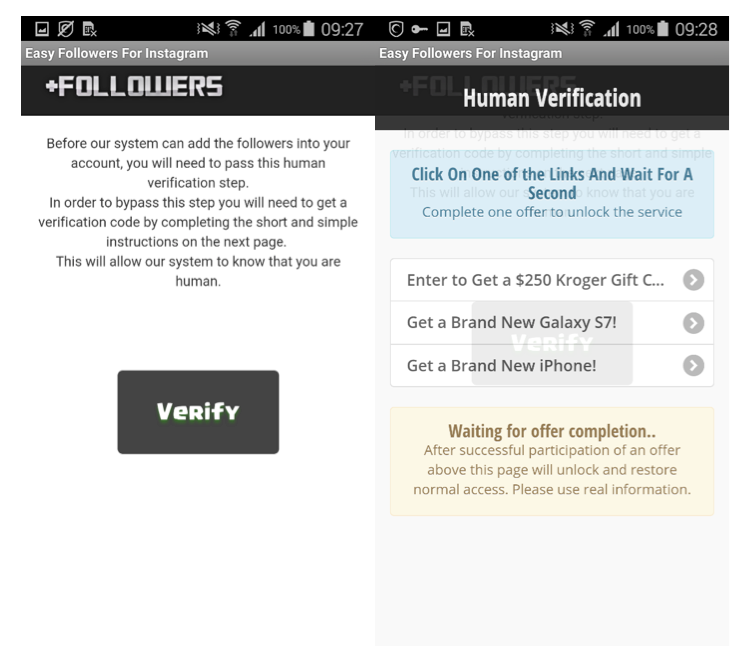 Hackers Threaten The Polish Government To Pay $50,000 Or Their Data Will Be Leaked

Russian Hackers Cashed Out Millions From ATMs Using Their Smartphone