Hackers Threaten The Polish Government To Pay $50,000 Or Their Data Will Be Leaked

The group leaked on Twitter some of the files they had stolen from the Defence Ministry to prove that they had really had possession of their data. An employee of Polish security firm named Niebezpiecznik, this person’s data was leaked as proof by the hackers. Below is the screenshot of the data leaked. This person also said that the data included in the leaked forms is from the form which military personnel must fill when volunteering for service abroad. 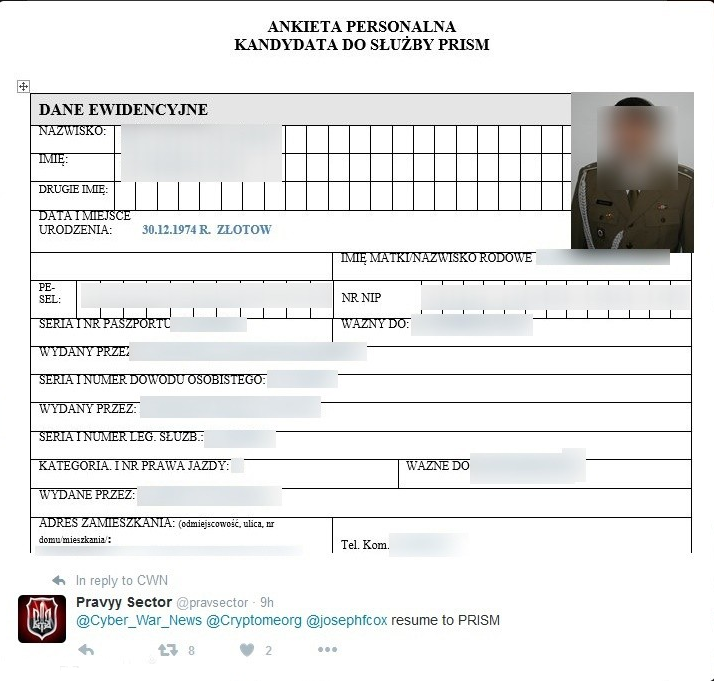 The data stolen includes official document scans, screenshots showing the desktop of a Defence Ministry computer, and an Excel file with 1,368 entries that look to be local Intranet logs containing LDAP paths, login times, incorrect logins, and other similar details. 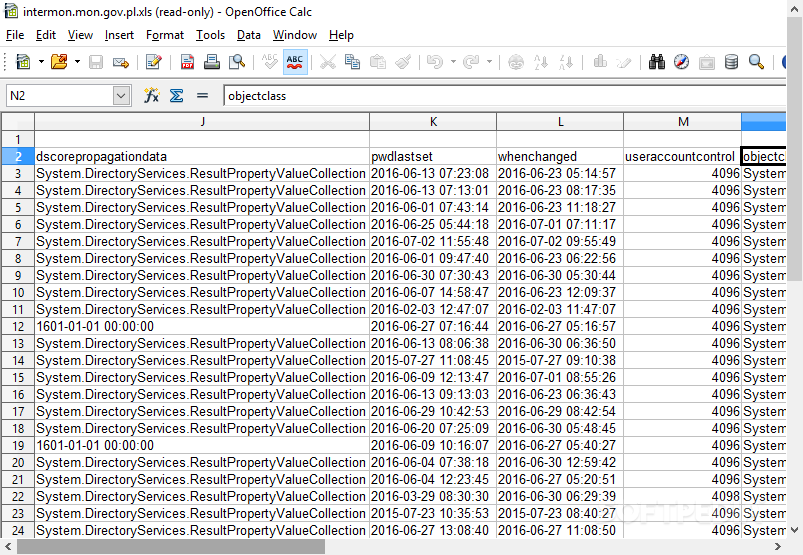 Later after sometime the hackers also leaked data that showed Poland’s involvement in the US PRISM program. This file has been deleted and is not available online anymore. This is not the first time the Polish Defence Ministry suffers from a cyber-attack. In March 2013, a hacker named Alladyn2 made his way into the Ministry’s computer network and got access to the computer also.