The hackers posted a new tagline on the profile saying “Don’t worry, we are just testing your security”, along with the group’s web address after gaining access to Mark’s Pinterest account. However the defacement was removed shortly after.. An exploit vulnerability on Pinterest let the hackers hijack the high-profile account. 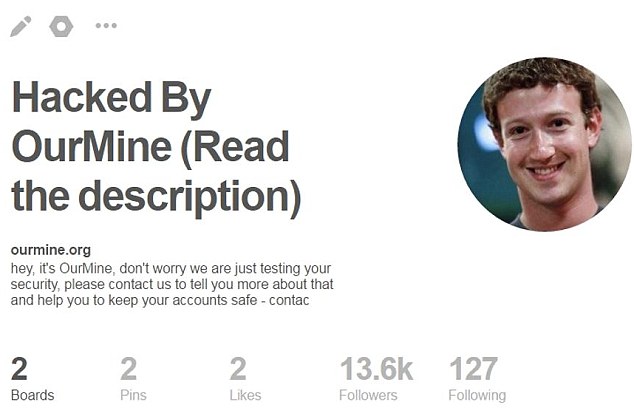 The group claims it is their hope that the victims reach out to them for security advice. It would cost $5,000 per scan for users to know if their social media account is really secure or not. Some of the popular names in the Silicon Valley, including Google’s Sundar Pichai, Yahoo’s Marissa Meyer etc have all been victims of OurMine’s attacks.