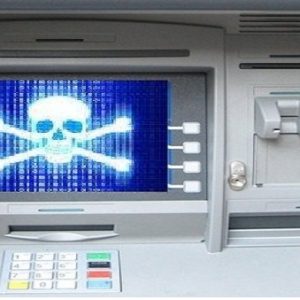 It was recently revealed that some ATMs that are running in Russia are still operating on Windows XP operating system, which is why it is possible to hack ATM machines. As per an employee working for The Russian Blogging Platform, ATMs running on Windows XP have security flaws and it is a piece of cake for hackers to hack into such ATM machines and steal money.

How Was The Exploit Discovered?

There’s a full screen lock on such ATMS that restricts a user from selecting various options. However, these options can be bypassed by pressing ctrl+shift+alt+windows 5 times.

Pressing these buttons 5 times gives access to the Start Menu and Taskbar of the operating system. This vulnerability makes it easier for hackers to penetrate into the operating system and install a malicious software to modify the original ATM option script and override the previous code to write a new one. This way, a hacker can drain an ATM.

In Which Bank Was This Flaw Discovered?

As per a German website, WinFuture, it was Sberbank that was found to have a security vulnerability in their ATM system. The website also says that despite of being informed of the flaw, the bank didn’t take any steps to fix the issue and the vulnerability still exists.

What Does Microsoft Says?

When the news spread and reached to Microsoft, first, they were shocked that a 16 year old operating system was still being used and that too in a bank. Today, most banks around the globe have upgraded their systems to the latest operating systems.

Microsoft has urged not just Sberbank but every bank that still uses Windows XP as their operating system to get an upgrade because there’s a high risk of getting scammed and hacked if one is still running these old OS.

People are constantly trying to hack ATM machines, hence the need for this change.