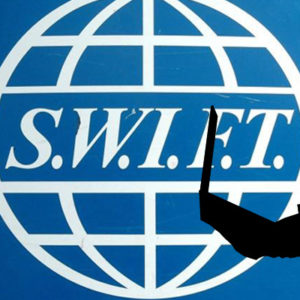 According to reports released by the Russian central bank, cyber criminals recently targeted a computer at one of its lenders transferring a major sum of money.

The disclosure is the latest in a string of attempted and successful cyber heists using fraudulent wire-transfer requests. Russia is among some of the affected countries, but other countries like Bangladesh also had to suffer from huge losses due to such SWIFT hacks.

This recent Russian bank hacking refreshed the highly impressive plot of the Bangladesh bank robbery in February 2016, also known as the Bangladesh Bank heist, when cyber criminals manipulated the system to steal approximately 81 million US dollars.

The hackers sent fraudulent messages on the SWIFT system to the New York Federal Reserve, making it appear to have come from the bank in Dhaka, requesting to transfer approximately $1 billion from the Bangladesh Bank’s account there.

The Federal Reserve Bank of New York blocked thirty transactions, that amounted to $850 million, but the hackers were successful in sending about $81 million to a bank in Philippines. It was later moved to casinos and casino agents, while much of it vanished without a trace.

Nearly 11,000 institutes located in 200 different countries use the SWIFT payment systems that is responsible for transferring money internationally.

It was not the first hacking incident involving the Russian bank and SWIFT system. Last year in December, there was an attempt to hack the Russian State Bank, but it was a failed attempt.

As hackers are getting more and more advanced, they are starting to use more sophisticated tools and techniques to launch their attacks making digital heists more prominent.

Hack the Air Force: A Ton of Vulnerabilities Found in the US Air Force Cybersecurity System