Facebook Usage Has Increased Even After Cambridge Analytica Scandal

A Note was published by Goldman Sachs showing the ComScore figures that #deleteFacebook seemed to have no effect. Facebook’s US unique users on mobile rose 7% in April. The time spent by the users on the platform also went up. 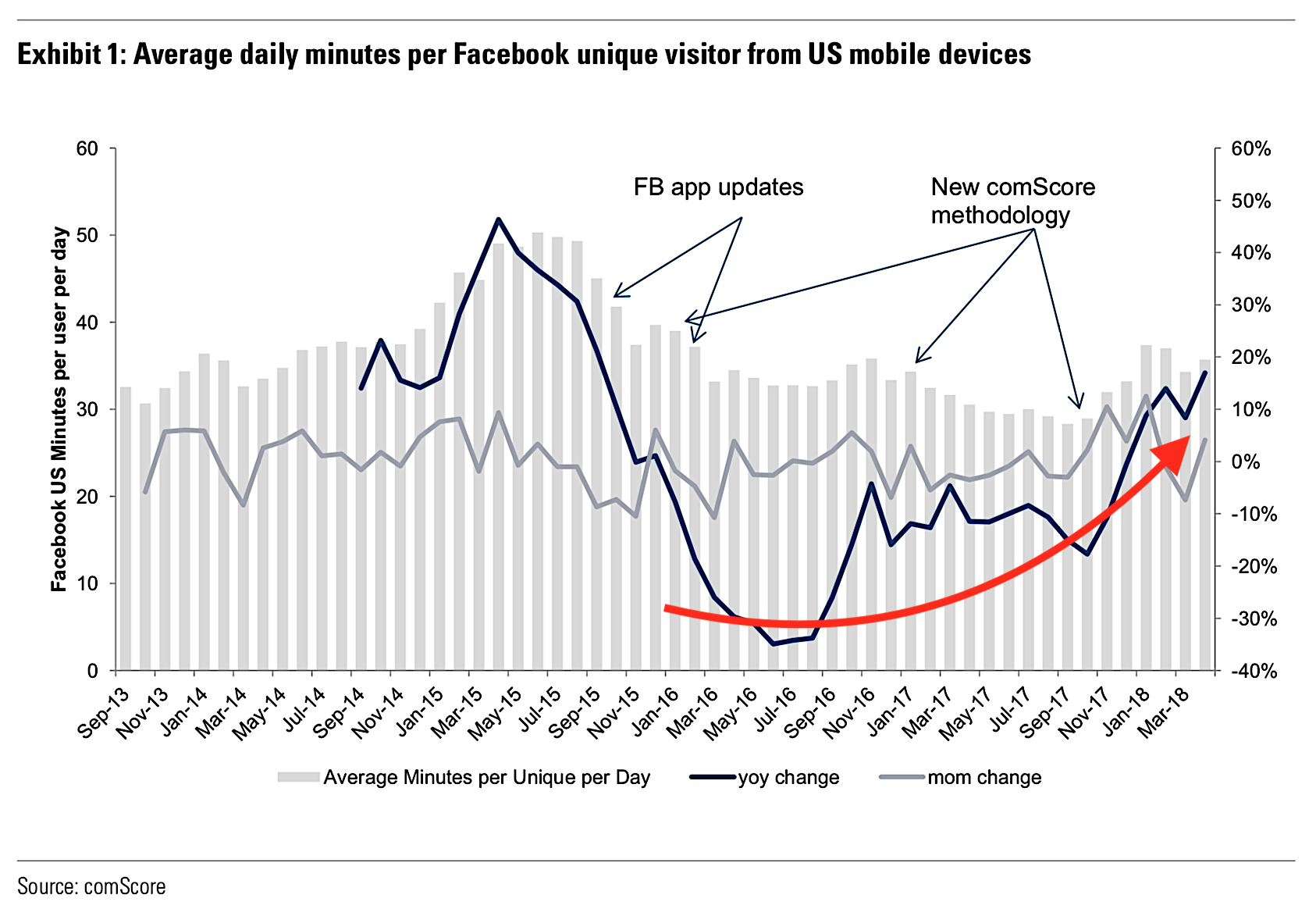 There is also good news from purging 583 million users fake accounts because advertising systems are better able to target correct geographic areas.”We note that this data represents audience reach across properties, not rigidly tied to core Facebook, but we suspect they are picking up fake accounts across the board and view this as a broad indication that ad reach across Facebook continues to grow,” Deutsche Bank said.

It would also appear the company’s share price has made a full recovery, there are of course still some trust issues. The new numbers will give confidence to the company’s CEO as he is currently preparing for crunch week where he will be asked a lot of questions by EU lawmakers about Fake News, Privacy and Regulation by the European Parliament.

The CEO of Facebook Mark Zuckerberg said that a lot of users have deleted their accounts because of the Cambridge Analytica scandal. Many analysts are saying that most of the companies are not selling their Facebook stock because they believe that EU laws won’t be an effect on the company’s user base.

What do you think the future holds for Facebook?.