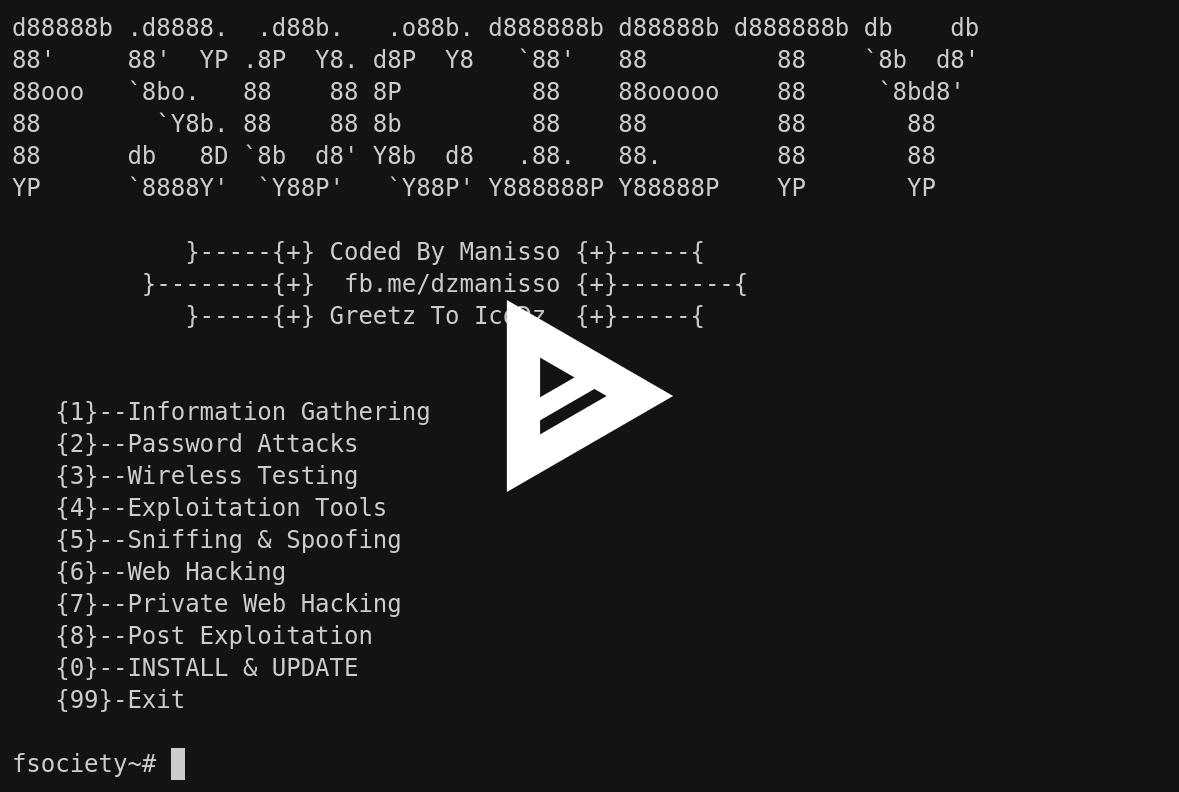 The fsociety hacking tools pack is a penetration testing framework that consists of many of the hacking tools used in the Mr. Robot series.

So what is this tool all about?

The framework consists of a huge collection of tools sorted in terms of purpose, in categories from Information gathering to post exploitation.

You can find the Github Repo HERE

To clone the tool from Github

Then provide executable permission for install.sh

If you require further help consult the video below:

A quick overview of the features of the framework is explained within the next sections:

For Wireless penetration testing, it has reaver, the pixiewps effective tool to attack WPS PINS.

Sniffing includes catching, translating, inspecting and interpreting the data inside a network packet on a TCP/IP stack. The package consists of Setoolkit, SSL stripper, pyPISHER and an SMTP Mailer.

For Post Exploitation it consists of a shell checker, POET and Weeman, tools which can allow for persistence.

We enjoyed the novelty value of a framework that utilises many of the tools from the Mr Robot television series, for that novelty value alone we will be rating this tool with 4 out of 5 bunnies.